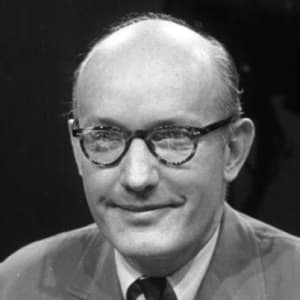 A.C. Nielsen Jr. was president of the company named after his father, the A.C. Nielsen Company, which specialized in sought-after market research, particularly in the realm of television.

Born on April 8, 1919, in Winnetka, Illinois, A.C. Nielsen Jr. served as an engineer/military officer in World War II before joining his father's market-research business. He became president of the company in the 1950s and oversaw its growth into the premier television-ratings hub in the media world, with expansion into other industries and geographical locations. Nielsen died in Winnetka on October 3, 2011.

Arthur Charles Nielsen Jr. was born on April 8, 1919, in Winnetka, Illinois, to Gertrude Nielsen and Arthur Charles Nielsen Sr. A few years later, the elder Arthur created the A.C. Nielsen Company, which would become a pioneering force in measuring radio-listening and television-watching for advertisers and media institutions.

The younger Nielsen, who was the first of five siblings, attended the University of Wisconsin like his father, and like the elder Nielsen he was also an avid tennis player. (The two won father-son doubles championships in the 1940s, and Nielsen Jr. played doubles tournaments with his own children later on.)

Nielsen Jr. served in World War II as part of the Army Corps of Engineers. During this time, he also married Patricia McKnew; the couple went on to have a daughter and two sons.

Nielsen began working for his father's company after the war, and was known for being a major advocate in the use of computers to facilitate their efforts in information management. As such, the Nielsen Company is regarded as one of the first businesses to utilize a computer, the IBM Univac, massive though it was, with a building needing to be constructed to house the machine.

Nielsen had also joined the business during the burgeoning popularity of TV, with the company eventually taking the lead and becoming the first to measure TV viewership through the use of individual diaries and then actual recording devices.

With his father stepping down in the mid-1950s, A.C. Nielsen Jr. became president of the company, at the helm of an organization that developed its own unique ratings system and became the industry standard for measuring TV viewership, even with criticisms around methodology, demographics and accuracy.

In the mid-1970s, Nielsen became chairman of the company, which had also spawned highly lucrative coupon clearinghouse activities and branched off into market research for a other industries, including energy, publishing and music. He was credited with overseeing the growth of the company from having a few million dollars of revenue to one earning hundreds of millions of dollars, with offices established in various parts of the world.

Nielsen retired in the mid-1980s and took the on role of chairman emeritus, with the business purchased by Dun & Bradstreet during this period. Nielsen was unhappy with how the company was handled under DNB, and after a series of transactions that saw the business split in two and then purchased by media firm VNU, it was eventually renamed Nielsen due to brand familiarity in the industry.

Nielsen himself served on the board of directors for many other firms, including Motorola and Walgreens, and was a life trustee for several organizations, including the University of Chicago and Northwestern Memorial Hospital. At one point he also worked in an official capacity with the U.S. Information Agency and handled advisory duties with the U.S. Census Bureau.