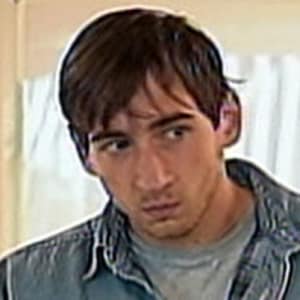 Adam Wheeler, also known as the “Ivy League Imposter,” made national news when it was discovered that he had boasted an academic career—including admission to Harvard University—based on lies.

Adam Wheeler was only 23 when he became famous as the "Ivy League Imposter." He made national news when it was discovered that, at the most prestigious university in the United States—Harvard University—he had boasted an academic career based on lies. In December 2010, Wheeler pleaded guilty to 20 criminal charges, including larceny and identity fraud, for faking his way into Harvard, and was ordered to repay the university nearly $46,000.

Originally from Harrington, Delaware, Adam Wheeler attended was expelled from Bowdoin College in Maine for plagiarism in 2007. It seems that this incident was the beginning of a career of academic fraud for the young man.

Adam Wheeler's later admission to Harvard University was based on deception. In his application to the Ivy League school, he claimed that he had graduated from the elite Phillips Academy in Andover, Massachusetts, and that he was transferring to Harvard after a year of perfect grades at the Massachusetts Institute of Technology. Classmates described Wheeler as quiet, a loner, and fond of writing poetry and discussing obscure academic topics.

Once he was accepted to Harvard, Wheeler's lies grew even bigger. he claimed to have written two books, co-authored four others, and delivered lectures on Armenian studies. Wheeler claimed to be fluent in languages varying from Armenian to Old Persian. He went after prestigious academic awards, and won $14,000 in prizes, including a Rockefeller research grant, as well as more than $45,000 in scholarship and financial aid money.

Wheeler's lies began to unravel when he submitted applications for the prestigious government Fulbright and Rhodes scholarships. A Harvard  English professor and member of the judging committee for Harvard's scholarship endorsements became suspicious when he noticed similarities between Wheeler's work, and that of a colleague. Soon Wheeler's background was being investigated.

In May 2010, Wheeler was arrested. He remained in prison until he posted $5,000 bail in mid-June. He also became known in the media at the "Ivy League Imposter."

In December 2010, Wheeler pleaded guilty to 20 criminal charges, including four counts of larceny, eight counts of identity fraud, seven counts of falsifying an endorsement or approval, and pretending to hold a degree. He was ordered to repay Harvard nearly $46,000.

The judge sentenced Wheeler to two and a half years in prison, with all but 30 days suspended for 10 years on probation. Since Wheeler had already served more than 30 days, he did not spend any more time in prison. At the time of his conviction, he was reportedly working a part-time job, for minimum wage, at a charity in Massachusetts.