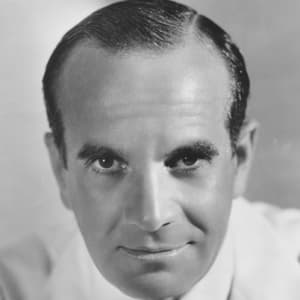 Al Jolson was a Russian-born U.S. singer, songwriter and blackface comedian who performed in vaudeville and minstrel shows and starred in The Jazz Singer.

Al Jolson was born on May 26, 1886, in Srednike, Russia. He made his first stage appearance 1899 in Washington, D.C., performing in vaudeville before joining a minstrel show in 1909. In New York City, he was featured in musicals and known for his high-energy act that often included blackface. In 1927, Jolson starred in The Jazz Singer, the first feature film with synchronized speech. He died in California in 1950.

Al Jolson was born Asa Yoelson on May 26, 1886, in Srednike, Russia. His family immigrated to the United States when he was 7 years old, and Jolson and his three older siblings were raised in Washington, D.C. At a young age, Jolson began singing and dancing on the streets for money. Frustrated by his cantankerous relationship with his father, a conservative Rabbi, Al and his brother, Harry, changed their last name to "Jolson" and moved to New York City, soon beginning a vaudeville act together. Jolson began performing on stage in 1899 and, a decade later, he joined a minstrel troupe. A few years later, he began performing his own act in San Francisco, California.

Jolson starred in multiple New York musicals, including Sinbad (1918). The musical included the George Gershwin song "Swanee," which became Jolson's hallmark performance. In 1921, he introduced the song "My Mammy" to the public via the show Bombo. Jolson's records sold millions of copies.

His stage work was stained by controversy, as Jolson frequently wore blackface on stage. His vaudeville act became known for its use of dark facial makeup and white gloves. While critics saw Jolson as a racist egomaniac, others maintained that his fame was well-deserved, thanks to his enthusiastic stage presence. His performances were marked by interaction with the audience, fervent gesturing and vibrating his voice. Jolson was so beloved by audiences that New York City's Imperial Theatre was named after him in 1921.

Jolson's most famous performance came in the 1927 film The Jazz Singer, the first feature in history to include synchronized speech. The film marked the end of the silent movie age and began Jolson's film career. Though he was middle-aged and not the most talented actor, Jolson's singing made him a magnetic movie star. He went on to appear in films such as The Singing Fool (1928) and Swanee River (1940), and provided the voiceover for a movie based on his life entitled The Jolson Story (1946).

Jolson married four times and had three adopted children. He was very supportive of American troops, performing for soldiers in World War II and the Korean War. He died of a heart attack in San Francisco on October 23, 1950. His gravesite in Los Angeles' Hillside Memorial Park features a large monument to his career, a life-sized statue of Jolson genuflecting as if he just finished a performance.