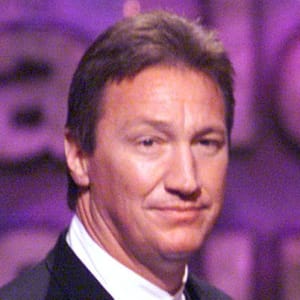 Alan Autry is best known for his role as Captain “Bubba” Skinner on the television series In the Heat of the Night. In later life, he was a successful mayor of Fresno, California.

Alan Autry was born in Shreveport, Louisiana on July 31, 1952, and grew up as a migrant farm worker in the fields of San Joaquin Valley in California. A star quarterback in high school, Autry won a college scholarship and was drafted by the Green Bay Packers. Quickly cut from the team, he made his way to Hollywood to be an actor, starring in films and television. He is best known for his role as Captain "Bubba" Skinner on the television series In the Heat of the Night. From 2000 to 2008, Autry served as mayor of Fresno, California, and afterward returned to film, acting and producing.

Alan Autry was born as Carlos Alan Autry in Shreveport, Louisiana, on July 31, 1952. His parents, Carl and Verna Brown Autry, divorced soon after and his mother changed to his name to Carlos Brown, and took him to California to start a new life. When he turned 6, his mother married a migrant field worker, Joe Duty, and the family moved frequently to follow the crops, harvesting cotton, grapes and apricots. By the time Autry was in 4th grade, he had been to six schools. When he turned 12, the family moved to Riverdale, California, where his father found steady work as a tractor operator and his mother worked as a maid.

Autry was a star quarterback on the Riverdale High School football team, and upon graduation in 1970, received a scholarship to the University of the Pacific in Stockton, California. He graduated with a Bachelor of Arts degree and was planning on being a teacher, when the Green Bay Packers drafted him as a backup quarterback in 1975. He started in three games in the 1976 season, but was cut the next year by then-coach Bart Starr. Leaving football behind him, he looked up a friend who once introduced him to film director Robert Altman, and set out for Hollywood to pursue acting.

In 1978, Autry (then known as Carlos Brown) was cast in a small part in Robert Altman's film, Remember My Name. In 1980, he married Vicky Brown and they had one daughter, Lauren. While working on the film Southern Comfort in Shreveport, Louisiana, Autry found his biological father, Carl, and they reconnected. Soon after, he changed his last name back to Autry and took his middle name, Alan, as his first.

During the 1980s, Autry made guest appearances on numerous television series, including Cheers, The A-Team, Dukes of Hazzard and Newhart. He also got caught up in Hollywood's temptations of drug and alcohol use. The infrequent acting jobs and his vices put a strain on his marriage with Vicky, and in 1986, the couple divorced. That same year, he became a born-again Christian and began turning his life around. In 1988, he was chosen for the role of Sergeant "Bubba" Skinner in the television series In the Heat of the Night, also starring Carroll O'Connor. The series ran until 1995.

In 1994, Alan Autry married Kimberlee Green, who had a daughter, Heather, from a previous marriage. In 1997, the couple formed Dirt Road Productions and in 2002, produced a television movie, The Legend of Jake Kincaid, in which Alan served as producer, director and scriptwriter, and also starred in the film along with wife Kimberlee and son Austin.

In November 2000, Autry was elected mayor of Fresno, California, running as a Republican. He was re-elected in 2004, receiving more than 72 percent of the vote. As mayor, he maintained a balanced budget with a surplus, without cutting municipal jobs. He was an impassioned supporter of California's Proposition 8, the anti-gay marriage ban. In 2004, he led a campaign to rid Fresno of homelessness by ordering sweeps of homeless encampments in the city's downtown. A federal court found that the policy violated homeless people's 4th and 5th Amendment rights because it destroyed property without due process.

Although Autry initially disagreed with the ruling, in time he admitted that Fresno's homeless policy was unjust and publically apologized to the homeless community. In the last few months of his final term as mayor, Autry worked with the Fresno City Council to develop a 10-year plan to address chronic homelessness.

After serving as mayor, from 2008 until 2010, Autry hosted a radio talk show in Fresno. He then concentrated his efforts on his production company and actors workshop, producing a film on homelessness entitled Almost Home, in which Autry plays a homeless veteran.