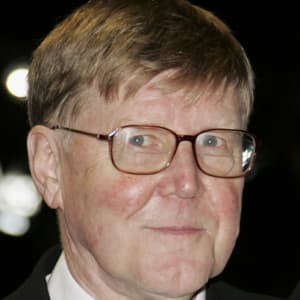 Alan Bennett is a British playwright who is best known for The Madness of George III (1991) and The History Boys (2004), both of which were made into films.

Alan Bennett was born May 9, 1934, in Leeds, England. He enjoyed enormous success with the comedy revue Beyond the Fringe in 1960. Bennett's first play, Forty Years On, was produced in 1968, followed by numerous plays, films, and television serials and pieces for radio. In 1987 a series of monologues for television made him a household name and earned him the first of six Lawrence Olivier Awards.