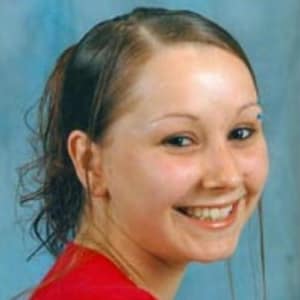 Amanda Berry is a Cleveland, Ohio, woman who was held captive for 10 years by reported kidnapper Ariel Castro. Berry escaped in 2013.

Born on April 22, 1986, and raised in Cleveland, Ohio, Amanda Berry vanished one night right before turning 17. She would reappear ten years later in May, 2013, screaming for help from a house with her six-year-old daughter and making her way to freedom with the help of neighbors. Berry was allegedly held hostage along with two other women by Ariel Castro. Case details continue to be revealed.

Amanda Berry was born on April 22, 1986, and grew up in the Cleveland, Ohio area. As a teen, Berry had secured work at a local Burger King, but one night inexplicably vanished walking home from the job. She had last been seen on April 21, 2003, the day before she turned 17. It would later be revealed that a man, Ariel Castro, had lured her into his vehicle.

Berry was listed as a missing person, with her mother Louwana Miller agitating for there to be more coverage concerning her daughter's disappearance and dispelling any notions that Berry had run away. Miller died with her daughter still missing.

Then, on the evening of May 6, 2013—a decade after her disappearance—Berry appeared in the doorway of 2207 Seymour Avenue screaming for help. Angelo Cordero and Charles Ramsey came to her aid, with the two men later offering conflicting accounts of their involvement, and helped Berry break through the door of the house. A 6-year-old child accompanied Berry as well.

Berry found shelter nearby and called 911, stating, "Help me, I'm Amanda Berry. … I've been kidnapped and I've been missing for 10 years, and I'm, I'm here. I'm free now." Two other women who had vanished years ago, Gina DeJesus and Michele Knight, were being held as well and were rescued that evening by Cleveland police forces who arrived at the house.

Berry and DeJesus were reunited with their families on May 8, 2013, and Berry's sister Beth Serrano made a public statement thanking well-wishers. At that time, Knight was still hospitalized. The Cleveland Courage Fund was set up to provide resources for the trio of women.

Police soon arrested Castro, 52, the owner of the Seymour property who was out drinking when Berry made her escape. Castro reportedly kept the women chained in the basement of the home for long periods of time, that they had almost never left the property and that they generally endured horrifying treatment. Berry had a daughter, Jocelyn (the 6-year-old child who accompanied her at the time of her escape), while being held captive, and a paternity test conducted after her escape proved that Castro was the father.

With his siblings arrested as well but not brought up on any charges, Castro was formally accused of kidnapping Berry, Dejesus and Knight between 2002 and 2004, and of keeping them hostage at his Cleveland home until Berry's 2013 escape, in May 2013. He was indicted on 329 charges, including 177 counts of kidnapping, 139 counts of rape, and two counts of aggravated murder for forcing abortions—for which Castro could face the death penalty. During the investigation in June 2013, Castro was being held on $8 million bail.

Life in Prison for Castro

Late that July, Castro pleaded guilty to kidnapping and raping Berry, Knight and DeJesus. He entered this plea to avoid the death penalty. On August 1, Castro was sentenced to life in prison plus 1,000 years without the possibility of parole. Berry did not attend the hearing, but her fellow victim Michele Knight was present. Before his sentence was announced, she told Castro that "I spent 11 years of hell. Now your hell is just beginning," according to a Reuters news report. Ariel Castro was found dead in his prison cell on September 3, 2013. He had hanged himself with a bed sheet.

Berry's sister, Beth Serrano, also spoke at Castro's sentencing hearing. She described how her sister "doesn't want to talk about" the abuse she suffered at Castro's hands and she is trying to focus on protecting her daughter.