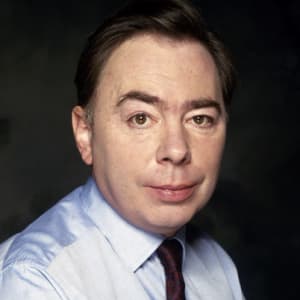 Andrew Lloyd Webber is an English composer known for such musical theater hits as ‘Cats,’ ‘Evita,’ ‘Jesus Christ Superstar’ and ‘The Phantom of the Opera.’

Who Is Andrew Lloyd Webber?

Andrew Lloyd Webber has created some of the most recognizable Broadway music of all time, from productions of Cats to Evita to The Phantom of the Opera. Along the way he has collected a variety of honors, including knighthood, seven Tony Awards, three Grammy Awards, an Oscar and Kennedy Center recognition. He also formed the Andrew Lloyd Webber Foundation and his theater production company, the Really Useful Group, is one of the largest operating in London.

Andrew Lloyd Webber was born on March 22, 1948, in London. His father was the director of the London College of Music, his mother was a piano teacher and his younger brother, Julian, is a renowned cellist, so one might say that he was born with musical blood running through his veins. A true prodigy, early in life Lloyd Webber played the piano, the violin (at age 3) and the French horn, and began writing his own music (at age 6).

Following his childhood dream of becoming England’s chief inspector of ancient monuments, in 1965 Lloyd Webber entered Westminster School as a Queen’s Scholar and began a course in history at Magdalen College, Oxford. His true calling pulled him in another direction, however, and he dropped out in the winter of 1965 to study at the Royal College of Music and explore his interest in musical theater.

That same year, when he was 17 years old, Lloyd Webber received a letter from 21-year-old law student Tim Rice. It read, in full: “Dearest Andrew, I’ve been told you’re looking for a ‘with it’ writer of lyrics for your songs, and as I’ve been writing pop songs for a while and particularly enjoy writing the lyrics, I wonder if you consider it worth your while meeting me. Tim Rice.” Lloyd Webber found something in that letter that interested him, and thus began the long collaboration of Tim Rice and Andrew Lloyd Webber.

In 1965, Lloyd Webber and Rice began working on their first musical, The Likes of Us, which didn’t reach the stage at the time. They were soon commissioned to write a religious concert, and over the next two months, the pair crafted a 20-minute “pop-cantata” version of what would one day become Joseph and the Amazing Technicolor Dreamcoat, a retelling of the biblical story of Joseph. The play debuted on March 1, 1968, and was an immediate success. With each performance, Joseph got bigger and better, ending up with a two-hour run time.

Sticking with a biblical theme, the pair’s next project was Jesus Christ Superstar (1971), presenting pop music in classical operatic form. Jesus began the Lloyd Webber-Rice tradition of recording an album’s worth of music first and then producing the play from it. Lloyd Webber next teamed up with British playwright Alan Ayckbourn on Jeeves (1974), which found little success, and so in 1976 Rice and Lloyd Webber reunited to create Evita as a concept album. The song “Don’t Cry for Me, Argentina” was a hit, propelling the popularity of the musical, which hit the London stage in 1978. It moved to Broadway the following year.

The 1980s saw the end of the Rice-Lloyd Webber collaboration, but it also marked Lloyd Webber’s blockbuster era. First up was Cats, based on the poetry of T.S. Eliot.

Cats opened in London in 1981 and became the longest-running musical in that city’s history, running for 21 years. On Broadway, Cats ran for 18 years. Starlight Express followed Cats, and while it didn’t wow the critics, it has remained popular with audiences and is still staged in various venues.

Lloyd Webber’s next hit, and his biggest to date, was The Phantom of the Opera, based on the French novel Le Fantôme de l’Opéra by Gaston Leroux. Phantom debuted in London in 1986 and has gone on to be the longest-running Broadway show in history. It celebrated its 10,000th performance on Broadway on February 11, 2012.

None of these works were hits, and Whistle was a downright disaster, having its Broadway run canceled before it began after a dismal opening in Washington, D.C. An album of covers from the musical was released, however, and the song “No Matter What,” recorded by Boyzone, went on to become an international smash.

The 21st century found Andrew Lloyd Webber writing and producing several works, among them The Beautiful Game (2000), Bombay Dreams (2002), The Woman in White (2004), The Sound of Music (2006)—the star of which was discovered via a reality TV show—and Love Never Dies (2010), a sequel to Phantom.

All of these works, as with many of Lloyd Webber’s musicals, received mixed reviews from critics, and none could duplicate the success the composer had found previously. In 2011, Lloyd Webber unveiled a musical theater version of The Wizard of Oz. The lead was again plucked from a reality TV show, and the production once again opened to a mixed critical reception.

Andrew Lloyd Webber has been married three times and has five children. His success has made him one of the 100 richest individuals in Great Britain, with his wealth exceeding the $1 billion mark. He currently owns six London theaters, including the Theatre Royal, Drury Lane and the London Palladium, and the production company Really Useful Group, one of the largest in London. He also founded the Andrew Lloyd Webber Foundation to “promote the arts, culture and heritage for the public benefit.”

His awards include seven Tonys, three Grammys (including Best Contemporary Classical Composition for Requiem), seven Oliviers, a Golden Globe, an Oscar, two International Emmys, the Praemium Imperiale, the Richard Rodgers Award for Excellence in Musical Theatre. He was knighted in 1992, created an honorary life peer in 1997 and named a Kennedy Center honoree in 2006.

In March 2018, the iconic composer released his memoir, Unmasked, which covers his school days up to the debut of Phantom in 1986. A double-disc compilation album was scheduled to follow, featuring many of his familiar hits as well as covers by such artists as Lana Del Rey, Nicole Scherzinger and Gregory Porter.