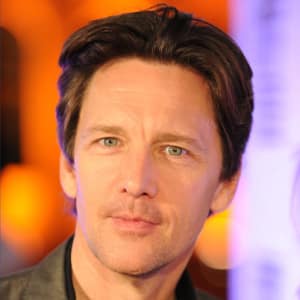 Andrew McCarthy is best known for his roles in iconic 1980s “Brat Pack” films such as Pretty in Pink, Less than Zero, and St. Elmo’s Fire.

Who Is Andrew McCarthy?

Andrew McCarthy shot to stardom as a member of the Brat Pack, a group of young actors who appeared together in such 1980s films as St. Elmo's Fire, Less than Zero and Pretty in Pink. He has starred in over two dozen movies, acted in numerous TV shows, and appeared on Broadway as well.

Becoming a Member of the Brat Pack

McCarthy was born in Westfield, New Jersey, in 1962. When he was 19, he landed his breakout film role in Class, which also marked the debut of John Cusack. As McCarthy's career grew, he was lumped into the group of young Hollywood actors known as the "Brat Pack," a term coined in 1985 after the release of St. Elmo's Fire. The Brat Pack also included Molly Ringwald, Rob Lowe, Demi Moore, among others.

McCarthy's better-known works include St. Elmo's Fire (1985) and Pretty in Pink (1986). In 1985, McCarthy starred with Donald Sutherland and Kevin Dillon in Heaven Help Us, and that same year he made his Broadway debut in The Boys of Winter. In 1987 he hit the big screen with two bona fide box-office successes: Mannequin and Less Than Zero — the latter a theatrical adaptation of Bret Easton Ellis' popular novel, and a film that reached cult status.

After the Brat Pack

After the great success of Andrew McCarthy's previous films, the late 80s were a mixed bag, as he appeared in only three films: the quieter Fresh Horses (again with Molly Ringwald), Kansas (with Matt Dillon), and the unlikely success Weekend at Bernie's, which spawned a 1993 sequel, in which McCarthy also appeared.

For Andrew McCarthy, the 1990s brought a string of mostly under-the-radar films that found moderate success at the box office. Such films as Year of the Gun, Only You, and Getting In came and went with little notice, but other films, in which the actor had supporting roles, such as Mrs. Parker and the Vicious Circle, The Joy Luck Club, and Mulholland Falls, had both critical and box office appeal.

In the early 1990s, Andrew McCarthy made a serious move into television acting, with his first role coming as a guest star for Tales from the Crypt. While he had previously appeared on TV one time, in 1986's Amazing Stories, the 1990s kept McCarthy quite busy. He appeared in seven TV movies from 1992 to 1998.

McCarthy is also known to work behind the scenes, directing a variety of television programming including episodes of Gossip Girl, White Collar, The Blacklist, and Orange Is the New Black.

In 1999, McCarthy married his college sweetheart, Carol Schneider, 20 years after they had dated. The pair had a son but a few years later divorced in 2005. McCarthy later remarried in 2011 and had two more children.

In 2004 McCarthy entered a rehab facility to deal with his longstanding alcohol abuse.