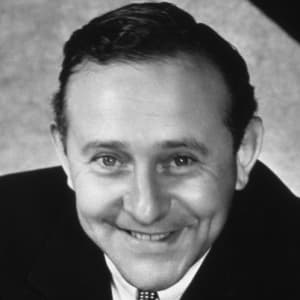 Arthur Freed was born Arthur Grossman in 1894. After starting out in vaudeville (appearing at times with the Marx Brothers), he was hired as a lyricist by MGM Studios as they began to make musicals. In 1939 he became a producer, bringing out films like Easter Parade (1948) and Singin' in the Rain (1952). Freed won Academy Awards for two pictures: An American in Paris (1951) and Gigi (1958).

Lyricist and film producer, born in Charleston, South Carolina, USA. Beginning in vaudeville (he appeared at times with the Marx Brothers), he started to write songs. In 1929 was hired as a lyricist by Metro-Goldwyn-Mayer (MGM), and for the next 10 years he wrote the lyrics for many films. In 1939 he became a producer, and for two decades helped to make MGM the leading studio for musicals, surrounding himself with talented directors such as Vincente Minnelli, Busby Berkeley, and Stanley Donen, and shaping the careers of many Hollywood legends including Judy Garland and Gene Kelly. Two of his films won best picture Oscars: An American in Paris (1951) and Gigi (1958). He also continued writing successful songs, such as ‘Singing in the Rain’.