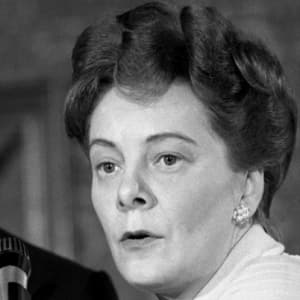 Bernice Gera became the first female umpire of a baseball game in 1972, but later resigned, reportedly because other umpires refused to work with her.

Born in Pennsylvania in 1931, Bernice Gera made history in 1972 as the first woman to umpire in a minor league baseball game—a right for which she had fought the National Association of Baseball Leagues in court. Gera later resigned, however, reportedly because other umpires refused to work with her. She died in Florida in 1992.

Bernice Gera was born Bernice Shiner on June 15, 1931, in Ernest, Pennsylvania, and went on to become the first professional woman umpire in the history of baseball. Gera began her lifelong love of baseball as a child, but didn't consider a career in the sport until after she had worked as a secretary for a while and gotten married (to Steve Gera). According to a TIME magazine article, the idea to become an umpire just suddenly hit her one night.

After selling her husband on the idea, Bernice Gera enrolled at the Florida Baseball School in 1967. A training facility for a strictly male profession at the time, the school had no facilities for Gera. Thusly, she spent much of the six-week program living in a nearby motel.

By several reports, she excelled in her training at the Florida Baseball School. But breaking into the field would prove to be enormously challenging. Gera was rejected by the National Association of Baseball Leagues, which claimed that she did not meet the physical requirements of the job.

Bernice Gera would not be deterred, however. She fought the NABL in court for several years before winning the right to umpire in 1972. Gera made history on June 24, 1972, when she became the first professional female umpire of a minor league baseball game—a Class A minor league double-header between the Auburn Phillies and Geneva Rangers of the New York-Penn League.

Unfortunately, Gera's victory was short-lived. She quit between games, reportedly resigning because none of the other umpires would work with her on the field. Her husband, Steve Gera, later told The New York Times that "Bernice would always say, 'I could beat them in the courts, but I can't beat them on the field.'"

Though she stopped umpiring, Gera stayed in the game. She went to work for the New York Mets, serving in various community relations and promotions roles for the team for several years, before retiring and relocating to Florida.

Bernice Shiner Gera died of kidney cancer in Pembroke Pines, Florida, on September 23, 1992, at the age of 61.