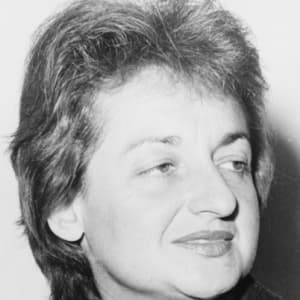 Who Was Betty Friedan?

Betty Friedan was born on February 4, 1921, in Peoria, Illinois. In 1963, she published The Feminine Mystique, which explores the idea of women finding fulfillment beyond traditional roles. Friedan co-founded the National Organization for Women in 1966, and served as its first president. She published The Second Stage in 1982 and The Fountain of Age in 1993. She died on February 4, 2006, in Washington, D.C.

After the Friedans' first child, Daniel, was born in 1948, Betty Friedan returned to work. She lost her job, however, after she became pregnant with her second child, Jonathan. Friedan then stayed home to care for her family, but she was restless as a homemaker and began to wonder if other women felt the same way she did — that she was both willing and able to be more than a stay-at-home mom. To answer this question, Friedan surveyed other graduates of Smith College. The results of her research formed the basis of her book The Feminine Mystique, published in 1963, throughout which Friedan encourages women to seek new opportunities for themselves.

The book quickly became a sensation, creating a social revolution by dispelling the myth that all women wanted to be happy homemakers, and marking the start of what would become Friedan's incredibly significant role in the women's rights movement. The work is also credited with spurring second-wave feminism in the United States.

Friedan did more than write about confining gender stereotypes — she became a force for change. Pushing for women to have a greater role in the political process, she co-founded the National Organization for Women in 1966, subsequently serving as its first president. She also fought for abortion rights by establishing the National Association for the Repeal of Abortion Laws (now known as NARAL Pro-Choice America) in 1969. Additionally, with other leading feminists such as Gloria Steinem and Bella Abzug, Friedan helped create the National Women's Political Caucus in 1971.

Writer, feminist and women's rights activist Betty Friedan was born Bettye Naomi Goldstein on February 4, 1921, in Peoria, Illinois. With her book The Feminine Mystique (1963), Friedan broke new ground by exploring the idea of women finding personal fulfillment outside of their traditional roles. She also helped advance the women's rights movement as one of the founders of the National Organization for Women.

A bright student, Friedan excelled at Smith College, graduating in 1942 with a bachelor's degree in psychology. Although she received a fellowship to study at the University of California, Berkeley, she only spent a brief time there before relocating in the mid-1940s to New York City. In New York, Friedan worked for a short time as a reporter. In 1947, she married Carl Friedan. The couple went on to have three children: Daniel, who was born in 1948; Jonathan, born in 1952; and Emily, born in 1956.

Seeking to help women wrestle with the demands of work both inside and outside of the home, Friedan published The Second Stage (1982), in which she presents a more moderate feminist position from her earlier work. Friedan later explored the later stages of a woman's life in The Fountain of Age, which was published in 1993, when she was in her 70s.

Betty Friedan died of heart failure on February 4, 2006, in Washington, D.C. Today, Friedan is remembered as one of the leading voices of the women's rights movement of the 20th century. Furthermore, the work that she started is still being carried by the three organizations she helped to establish.