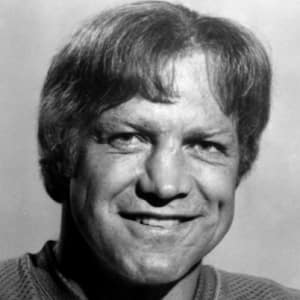 Considered one of hockey’s greatest players, Canadian Bobby Hull won an NHL Stanley Cup with the Chicago Black Hawks before joining the Winnipeg Jets in the rival WHA league in 1972.

Born on January 3, 1939, in Pointe Anne, Canada, Bobby Hull joined the Chicago Black Hawks of the National Hockey League in 1957. Renowned for his lightning-fast slap shot, "The Golden Jet" and his team won the 1961 Stanley Cup championship and he took home two MVP awards in the 1960s before jumping to the Winnipeg Jets in the World Hockey Association in 1972. Hull retired in 1980 and was elected to the Hockey Hall of Fame in 1983.

Hockey player Robert Marvin "Bobby" Hull was born on January 3, 1939, in Pointe Anne, Ontario, Canada. A talented youth hockey prospect, he was playing on an organized team with his father by age 12. After stints with the Galt Black Hawks and the St. Catharines Teepees in the minor league Ontario Hockey Association, he joined the Chicago Black Hawks of the National Hockey League in 1957.

Hull finished second in the Calder Trophy voting for the NHL's top rookie in 1957-58 and quickly helped return a struggling Chicago franchise to prominence. He topped the NHL with 39 goals and 81 assists in 1959-60, and the following season led the Black Hawks to the Stanley Cup championship. Renowned as part of Chicago's "Million Dollar Line" with Murray Balfour and Bill Hay, the left winger also earned his own nickname for his blond locks and lightning-fast slap shots: "The Golden Jet."

Hull tied the single-season record of 50 goals in 1961-62, and reached that plateau four more times over the next decade, with a high of 58 in 1968-69. He also won back-to-back Hart Trophies as the league's most valuable player in 1966 and '67, and was named a first-team NHL All-Star 10 times. However, he was unable to reclaim the ultimate prize, with the Black Hawks losing three Stanley Cup finals in that span.

After years of feuding with Chicago management, Hull signed a $1 million contract to be player-coach with the Winnipeg Jets in the upstart World Hockey Association in 1972. His signing gave instant credibility to the WHA, and Hull lived up to his end of the bargain by leading the Jets to three Avco Cup championships and claiming two MVP awards.

Hull returned to the NHL after it absorbed four WHA teams in 1979, splitting the year between Winnipeg and the Hartford Whalers before announcing his retirement. He finished his career with NHL totals of 610 goals and 1,170 points, and another 303 goals and 638 points in the WHA.

In 1983, Hull was inducted into the Hockey Hall of Fame and became the second player to have his number retired by Chicago.

His son, Brett, also became a star hockey player after joining the NHL in 1986. Brett won a Hart Trophy in 1991 and was elected to the Hall of Fame in 2009, making the Hulls the only father-son combination with those achievements.

His relationship with the Blackhawks (known by one word after 1986) fully mended, Hull was named a team ambassador in 2008.