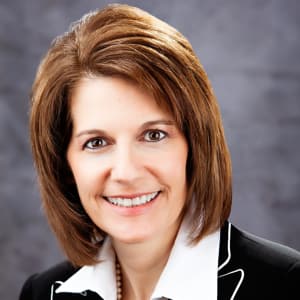 Former Nevada Attorney General Catherine Cortez Masto made history when she became the first Latina elected to the U.S. Senate in 2016.

Catherine Cortez Masto was born in 1964 in Las Vegas, Nevada. After earning a law degree, she would go on to become Nevada Attorney General in 2007, a position she held until 2015. During her tenure as AG, she sought to combat the widespread meth epidemic and drug distribution in Nevada by creating the Methamphetamine Working Group. When the devastating effects of the housing market crash sent residents into foreclosure, she went after financial powerhouse Bank of America for raising interest rates on vulnerable borrowers. In 2016, she was tapped to succeed Senator Harry Reid for the Democratic seat. When she won the election that November, she became the first Latina elected to the U.S. Senate.

Catherine Marie Cortez Masto was born on March 29, 1964 in Las Vegas, Nevada, to parents Joanna and Manny Cortez. Her mother’s family is of Italian descent and she is the granddaughter of a Mexican immigrant on her father’s side. Manny Cortez, who died in 2006, rose from humble beginnings to become the head of the Las Vegas Convention and Visitors Authority. His work there was instrumental in making the city a major tourist destination. He also served as a Clark Country commissioner.

Cortez Masto attended the University of Nevada in Reno where she graduated with a business degree in 1986. From there, she earned her law degree from Gonzaga University School of Law in 1990. She met her husband Paul Masto, a former U.S. Secret Service agent, during the early 1990s when she was Nevada Governor Bob Miller’s chief of staff and the two were tasked with coordinating logistics for a visit to Las Vegas by President Bill Clinton.

After earning her law degree and working in the governor’s office, Cortez Masto began her career as a civil attorney and then a federal prosecutor for the United States Attorney’s Office in Washington, D.C. In 2007, Cortez Masto became the 32nd Attorney General of Nevada, a position she held until term limits kicked in in 2015.

During her tenure as attorney general, she worked with law enforcement and spear-headed the Methamphetamine Working Group to fight the drug epidemic in Nevada. After the collapse of the nation's housing market, she brought charges against Bank of America for their role in massive foreclosures and predatory lending practices that affected many residents. Although Bank of America denied fault, they settled the suit for just under $2 billion dollars. But Cortez Masto also faced a setback in her career when her office was accused of a conflict of interest during their investigation of Nevada Lieutenant Governor Brian Krolicki regarding his misuse of state funds. At the time, her husband was reportedly planning to host a fundraiser for Krolicki’s Democratic rival and she, in turn, was accused by some of making a partisan maneuver in going after Krolicki. The case against Krolicki was ultimately dropped, but Cortez Masto’s reputation as a bipartisan conciliator took a blow.

Nonetheless, Cortez Masto carried on with her advocacy for women, children and seniors. She also made progress in combating human trafficking. In 2013, she sponsored a bill to make it a felony crime in Nevada and granted victims the right to sue their traffickers. Similarly, she expanded the state’s sex offender registry and invested in programs to address violence against women.

In 2015, ranking Senator Harry Reid announced his retirement and threw his support and resources toward Cortez Masto. Beyond her advocacy for issues concerning women and families, she also vowed to work to end Citizens United, fight against attempts to criminalize and restrict access to abortions, protect public lands and clean energy, support comprehensive immigration reform, protect Medicare and Social Security and make college education affordable. In November the following year, she won the seat, defeating Republican opponent, Rep. Joe Heck. It was only a handful of positive election outcomes for the Democrats that year. In her victory, she made history as the first Latina senator in U.S. history – and the first female senator from Nevada.