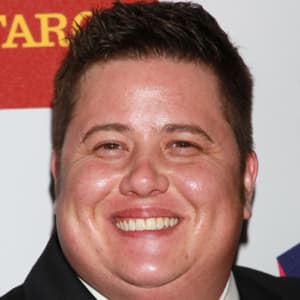 Chaz Bono is an Emmy-nominated media figure who, born the daughter of performers Sonny and Cher, has undergone gender reassignment

Chaz Bono was born Chastity Bono on March 4, 1969, in Los Angeles, California, the daughter of famed music and TV performers Sonny and Cher. He appeared on their variety show as a child. Bono began gender reassignment procedures in 2009, writing about the experience and appearing in the Emmy-nominated documentary Becoming Chaz. Bono has also competed in Dancing With the Stars.

Originally born Chastity Sun Bono, in Los Angeles, California, Chaz Bono grew up in the spotlight as the only child of singers Sonny Bono and Cher. Making his television debut as a toddler, he often appeared on his parents' show The Sonny and Cher Comedy Hour. Bono, born female, later said he felt uncomfortable in all the dresses he wore on the show. He remembered wanting to be more like his father instead of his glamorous mother.

After his parents divorced in 1975, Bono split his time between his father's and mother's homes. He went to New York City as a teenager to attend the High School for Performing Arts. Actress Jennifer Anniston was among his classmates.

Bono gave college a try at New York University, but he dropped out to pursue his interest in music. Forming a band called Ceremony with friend Chance (Heidi Shink), Bono sang lead vocals and played guitar and percussion. He and his bandmates landed a contract with Geffen Records, a deal some that he got because of his famous parents.

In 1993, Ceremony released its one and only album. Hang out Your Poetry had a pop sound heavily influenced by '60s rock. Bono counted the Grateful Dead among his favorite influences, and Jerry Garcia even performed on the album. While the album attracted some media attention, it failed to catch on with music fans.

In 1990, Star magazine published an article saying that Bono was a lesbian. He came out five years later in The Advocate, and soon became a writer for the gay publication. In 1996, Bono worked for the Human Rights Campaign and then became the media entertainment director for Gay & Lesbian Alliance Against Defamation (GLAAD).

Bono left GLAAD in 1998 after making some controversial comments regarding Ellen DeGeneres' sitcom, Ellen. He has insisted that the quotes were taken out of context. That same year, he published Family Outing, which explored Bono's transgender issues and the experience of telling his family about his sexual orientation. His mother, Cher, was also interviewed for the book, and she discussed her struggle to accept Bono's sexuality.

In 2002, Bono published a memoir entitled The End of Innocence. The book provides an inside look at his time in the music business, and his relationship with an older woman.

For years, Bono battled a substance abuse problem. He had become dependent on painkillers while suffering from endometriosis, and finally reached sobriety in 2004. The addiction had fueled a substantial weight gain, and he appeared on the reality show Celebrity Fit Club in 2006 in an effort to address his body issues. He fought the battle of bulge alongside such stars as actors Jeff Conaway, Kelly LeBrock and Tempestt Bledsoe.

In 2008, Bono began the physical transition from the female gender to that of the male gender. Later that year, he also began the social transition, announcing in 2009 that he would prefer the name Chaz. The following year, Bono legally became Chaz Salvatore Bono, after changing his name and gender at a California court hearing.

In 2011, Bono shared his experiences in the book Transition: The Story of How I Became a Man.

'Dancing with the Stars'

Bono shared the details of his transformation in the 2011 documentary Becoming Chaz and the follow-up special, Being Chaz, both of which aired on television. Later that year, he became perhaps the country's best known transgendered male as a contestant on Dancing with the Stars. He also broke new ground as the show's first transgendered contestant.

During his run on the show Bono clashed with one of the judges, objecting to Bruno Tonioli's comment that Bono danced like a penguin. His mother, Cher, rose to his defense, telling the press that the judges were "rude" and "disrespectful." While he didn't make it to the finals, Bono called the show "a wonderful, life-changing experience."

Bono was engaged to Jenifer Elia, whom he'd been dating since 2005, but the couple called it quits in 2011.