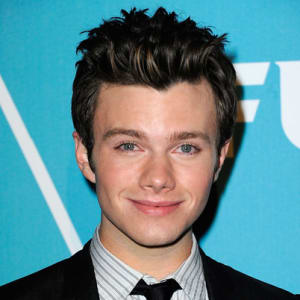 Chris Colfer has delighted and inspired audiences with his portrayal of high school student Kurt Hummel on the hit musical television series Glee.

Born in 1990, Chris Colfer started out performing as a child. He excelled in drama, writing and speech in high school. In 2009, Colfer made his television debut on the popular musical television series Glee. His portrayal of gay teen Kurt Hummel won him a Golden Globe in 2011. The multitalented Colfer released his first novel the following year. He also stars in the upcoming film Struck by Lightning, which he wrote.

Award-winning actor Chris Colfer first came to fame in 2009 with the premiere of the hit musical television series Glee. The acting bug bit him much earlier, however. According to Colfer, he has wanted to be a performer "since I was an embryo."

Colfer grew up in the small, conservative farming community of Clovis, California. Gifted with a great imagination, he put it to good use at an early age. "Even when I was a toddler, my action figures had very detailed story lines," Colfer told Teen Vogue. While in elementary school, he found another outlet for his creativity—performing in local plays. He eventually joined the Good Company Players, a local community theater group in Fresno.

At Clovis East High School, Colfer struggled to find his place. "The best way I can describe myself in high school was that I was kind of like a social llama," he told Entertainment Weekly. "Like, where does the llama go? A llama's not a cow. It's not a horse. It might hang out with the duck once in a while, but it really has no place to belong." Despite feeling disjointed socially, Colfer thrived creatively and artistically in high school. He was the president of the writers club, editor of the school's literary magazine and a member of the speech team. In his final year there, Colfer wrote, directed and performed a spoof on the musical Sweeney Todd called Shirley Todd.

After graduating high school, Colfer tried to get his acting career off the ground. He went out on auditions, including traveling to Los Angeles for a part in a new television show called Glee. Originally Colfer had tried out for the part of Arty, the geeky singer and guitarist in a wheelchair. While he didn't get that part, he impressed series co-creator Ryan Murphy so much that he made a role especially for Colfer. Colfer joined the cast as Kurt Hummel, a gay teen with a strong soprano voice. At the time he landed this part, Colfer had been working at a local dry cleaner's and had just started classes at Fresno City College.

Glee, which focuses on a high school singing group, debuted in 2009, and it quickly developed quite a following with its stellar musical numbers, compelling storylines and appealing characters. In addition to Colfer, the cast also includes Lea Michele as the ambitious aspiring star Rachel, Cory Montieth as the jock with a great voice, and Matthew Morrison as Will, the glee club teacher. Colfer's Kurt became one of the show's breakout characters early on, and the audience has continued to follow his journey throughout the seasons. His character has offered a realistic glimpse into the life of a homosexual teen, from coming out to his father to getting bullied at school to having his first relationship. In 2011, Colfer won a Golden Globe Award for his work on the series.

In addition to his work on Glee, Colfer has worked on a number of other projects. He wrote a screenplay for the upcoming movie Struck by Lightning, which looks into the lives of a group of high school "smart kids." He is also working on a new television series for the Disney Channel based on the book The Little Leftover Witch. In 2012, Colfer's first novel, The Land of Stories, will be published.