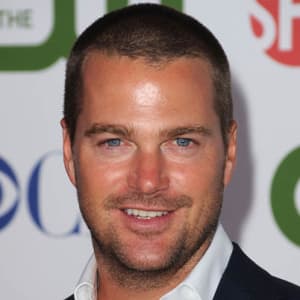 Born in Illinois in 1970, actor Chris O'Donnell went from modeling to small television parts to film. He achieved silver-screen stardom with 1992's Scent of a Woman, starring opposite Al Pacino and earning a Golden Globe Award nod for his performance. More films followed, including two Batman blockbusters, as well as a stint on Broadway. More recently, O'Donnell, now a married father of five, found a permanent TV home on the hit show NCIS: Los Angeles.

William O'Donnell Sr. and Julie O'Donnell had their youngest of seven, Christopher Eugene O'Donnell, on June 26, 1970, in Winnetka, Illinois. Standing out from his six older siblings, by the time he hit adolescence, O'Donnell had become a model.

In 1992, Chris O'Donnell appeared in one of his most acclaimed roles to date: playing Charlie Simms, a prep school student who accompanies an out-of-control, retired, blind military officer on a trip home for Thanksgiving, in the film Scent of A Woman. The part earned him a Golden Globe Award nomination (best performance by an actor in a supporting role), and the cinema offers kept on coming.

Between acting jobs, O'Donnell managed to study at Loyola Academy in Chicago and the University of California, Los Angeles, before graduating from Boston College with a degree in marketing in 1995. That same year, he tackled the role of Robin/Dick Grayson in Batman Forever. He reprised the part for the film's sequel, Batman & Robin (in which George Clooney replaced Val Kilmer as Batman), in 1997.

From Family Man to Broadway

After donning a cape as Boy Wonder, Chris O'Donnell stepped away from the spotlight to focus on his personal life. At age 27, he married Caroline Fentress, an elementary schoolteacher. The couple had their first of five children together in 1999, the same year that O'Donnell returned to making movies. His film credits from this period include Cookie's Fortune, Vertical Limit and The Bachelor, the latter of which he also produced (with his production company, George Street Films).

O'Donnell went on to discover new acting territory—the theater stage—starring in a production of Arthur Miller's The Man Who Had All the Luck, which eventually ended up on Broadway in 2002.

O'Donnell later came full circle, returning to TV with guest-starring roles on The Practice, Two and A Half Men and Grey's Anatomy, among other series.

The actor then tested the waters for something more permanent, landing the part of undercover agent G. Callen on a special episode of the popular CBS series NCIS. Its spin-off, NCIS: Los Angeles, premiered on September 22, 2009, with O'Donnell and rapper/actor LL Cool J as the show's leading men (Callen and Sam Hanna, respectively). O'Donnell earned additional credits during the series' fourth season, taking on directing work in addition to his recurring role as Callen. In 2013, the actor/director was busy filming his fifth season of NCIS: Los Angeles (premiering in the fall of 2013) while eagerly anticipating more directing work.