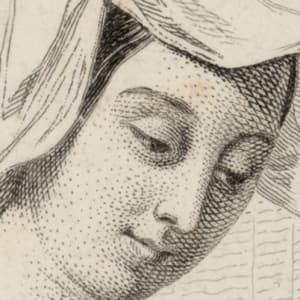 Christine de Pisan was one of the most notable women writers of medieval times who is known for her pioneering works about women.

French poet and author Christine de Pisan was born in 1364 in Venice, Italy. Widowed, she took up writing to support herself. Her first poems were ballads of lost love written in memory of her husband. These verses met with success, and she continued writing ballads. In her prose works she wrote of women's heroism. After the Battle of Agincourt, she retired to a convent and died circa 1430.

Born in Venice, Italy, in 1364, Christine de Pisan is considered a pioneering feminist writer and one of the most notable women writers of medieval times. Her father, Tommaso di Benvenuto da Pizzano, was the court astrologer for France's King Charles V.

De Pisan joined her father in France at a young age, and he saw to her education. Studying a range of topics, she became knowledgeable about such subjects as Greek and Latin. De Pisan also had access to an extensive library, allowing her to delve into works of great literature. Leading science and philosophical works were also available to her.

Around the age of 15, de Pisan married Etienne du Castel, a member of the French court. He was very supportive of her interest in writing and other intellectual pursuits. The couple had three children together before his tragic death in 1389. According to some reports, he died after contracting the bubonic plague.

After her husband's death, de Pisan turned to writing as a way to support her family. She had to care for her children as well as her mother and a niece. Her father had died in 1386, leaving behind some debt and ending the family's connection to the French monarchy. While she had offers to join the royal courts of England and Milan, de Pisan was committed to staying in France.

With support from such royals as Louis I, successive dukes of Burgundy (Philip the Bold and John the Fearless) and Isabella of Bavaria, among others, de Pisan wrote numerous works. She was famous for her poetry, which sometimes reflected her grief over her husband's death. De Pisan also penned a biography of King Charles V, which was published around 1404.

In modern times, however, de Pisan is best remembered for her revolutionary works on women. In Epistre au dieu d'amour (1399), she explored the status of women within society and critiqued their depiction in literature. With La cité des dames (1405), which is considered to be one of the first feminist texts, de Pisan profiled leading female figures from history and advanced the idea of gender equality. She continued to espouse the rights of women in Le livre du trésor de la cité des dames (1405). Both of these feminist books were later translated into English.

The course of de Pisan's life was altered by the Hundred Years War, a political and military clash between France and England. Sometime after France lost the Battle of Agincourt, she decided to enter a convent located in Poissy, France. De Pisan wrote little while at the convent. In 1429, she penned a work to praise Joan of Arc. This proved to be her final contribution to literature. De Pisan died at the convent around 1430 (some sources say 1431).