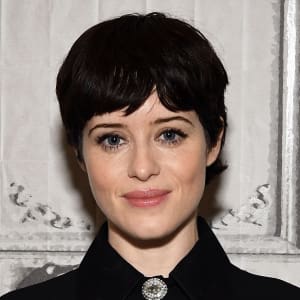 Claire Foy is a British actress, best known for her depiction of Queen Elizabeth II on the first two seasons of Netflix’s ‘The Crown.’

Who Is Claire Foy?

Claire Foy (born April 16, 1984) is a British actress who worked on various television shows like Being Human (2008), as well as BBC dramas The Night Watch (2011) and Wolf Hall (2015) before becoming an international, mainstream success as Queen Elizabeth II in the first two seasons of Netflix's The Crown.

To play Queen Elizabeth II, who is known for her detachment and restraint, is not the easiest task for an actress, but Claire Foy was able to depict the queen in her younger years in such flawless fashion that she won a Golden Globe and SAG Award for her performance.

As the series jumps forward to around 1970 for Season 3, Foy hands the crown to actress Olivia Colman to play the Queen in her middle-aged years. “It was always going to be two seasons,” Foy told the New York Times about her limited time on The Crown. “And that’s sort of been a weird way to make you cherish it more, because you were only going to have this finite time with these characters.”

The second season of the show was noted for delving into the growing distance between the Queen and Prince Philip, played by Matt Smith, and the Prince's rumored infidelities.

Speaking of rumors, does Foy believe in the one that claims the Queen has actually watched the show? Rubbish, responds the actress: "I will believe it when I see it is all I’ll say."

In March 2018, it was revealed that Foy was paid less than Smith for their starring roles on the program. Although producers pointed out this was because Smith was already better known as an actor, for his run on Dr. Who, the news struck a sour chord at a time when efforts were being made to address issues of gender and racial inequality in Hollywood.

In April, the production company behind The Crown, Left Bank Pictures, attempted to redress the situation by announcing that Foy would receive $275,000 in back pay. Said the company in a statement: "We are absolutely united with the fight for fair pay, free of gender bias and for a rebalancing of the industry's treatment of women in front of the camera and behind the scenes."

Before her prominent role on The Crown, Foy was mostly known for work on a number of British television shows before diving into film. In 2008 she made her screen debut with the supernatural comedy drama Being Human and that same year she also starred in the BBC soap opera Doctors and the miniseries Little Dorrit. Other shows like The Promise (2011), The Night Watch (2011) and Wolf Hall (2015) followed.

Foy's film debut was as a young witch named Anna in Season of the Witch (2011), playing opposite Nicholas Cage. In 2014 she appeared in Jon Stewart's political drama Rosewater and co-starred with Andrew Garfield in the biographical drama about disability advocate Robin Cavendish, in the film Breathe (2017).

Foy's upcoming film projects include playing Neil Armstrong's wife in Damien Chazelle's First Man, and taking up the mantle as Stieg Larsson's fictional character Lisbeth Salander in The Girl in the Spider’s Web.

When & Where Was Claire Foy Born?

In 2014, Foy married actor Stephen Campbell Moore, whom she met while filming Season of the Witch in 2011. They had one daughter, born in 2015, before announcing their separation in early 2018.

Born in Stockport, England, Foy was the youngest of three children. Her  parents divorced when she was eight, and by the time she entered her teen years, she found herself admittedly quite angry, although she can't pinpoint the exact reasons why.

“I think I’m still a deeply angry person on some level,” she told The Guardian. “I wasn’t a wayward teenager. I didn’t go off the rails and drink loads and snog loads of boys, and I was probably quite angry about that. I didn’t really follow my instincts, and instead did what I thought I was supposed to be doing. A lot of that anger came from not feeling like the person that you are is allowed to be out in the world.”

Foy attended grammar school in Aylesbury before studying drama at Liverpool John Moores University. She later took a training course and graduated from the Oxford School of Drama in 2007, where she appeared in multiple plays.

Acting, according to Foy, was her way of releasing the anger that came with the pressures of conformity. "You’re told as a young woman what’s attractive, what’s acceptable, what’s the right or wrong way to be," she told The Guardian. "I’m lucky I discovered acting as a way of expressing myself, but unless you’re given the permission to do that, you can’t get it out."