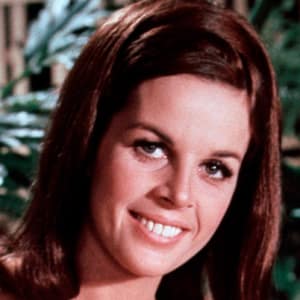 Singer Claudine Longet recorded several albums from 1967 to 1972, also working as an actress. She was charged with manslaughter for the shooting death of her boyfriend in 1976 but was later convicted of criminally negligent homicide.

Born on January 29, 1942 in Paris France, Claudine Longet went on to enjoy a singing career, recording several albums from 1967 to 1972. She wed crooner Andy Williams in 1961, with the couple going on to have three children. She also pursued acting, appearing on TV series like McHale’s Navy as well as variety specials and the 1968 Peter Sellers' film The Party. After splitting from Williams, Longet began a relationship with skiing pro Vladimir Sabich, relocating to Aspen. Sabich was found dead on March 21, 1976 after being shot, and Longet was charged with manslaughter. She was eventually found guilty of criminal negligence and served 30 days.

Claudine Georgette Longet was born on January 29, 1942 in Paris, France. She eventually relocated to Las Vegas during her late teens and worked as a a dancer at the Folies Bergere. Longet met singer Andy Williams and they married in December 1961, going on to have three children. They separated in 1969 and divorced in 1975.

Claudine Longet enjoyed a prosperous singing career, appearing with her husband on his variety show; the two continued to perform together after their separation. She recorded several albums between 1967 and 1972, such as The Look of Love, Colours and We've Only Just Begun, and found success with her singles on the U.S. adult contemporary charts. With Longet famous in Asian markets as well, her song "Wanderlove" was particularly popular in Singapore. She parlayed her popularity as a vocalist into an acting career, appearing on such television series as McHale's Navy and the 1968 Peter Sellers' film The Party, directed by Blake Edwards.

Following the split with Williams, Longet began a romantic relationship with world champion skier Vladimir "Spider" Sabich. Longet and her children moved into his Aspen, Colorado home, though the relationship between the two was gradually rumored to have grown tempestuous.

On March 21, 1976, Sabich was found dead on his bathroom floor, with Longet admittedly holding the pistol that shot him. She later stated the shooting was an accident that occurred as Sabich was showing her how to handle the firearm. The singer/actress would eventually be charged with reckless manslaughter.

Longet's ex-husband Wlliams supported her throughout the trial, with the case becoming a media spectacle and inciting strong reactions from many Aspen residents. The jury acquitted Longet of felony manslaughter and convicted her instead of criminally negligent homicide. Longet was sentenced to 30 days in jail.

Sabich's family initiated a $780,000 civil suit against Longet. It was settled out of court on the condition that she never tell or write about her time with Sabich. After the trial, Longet began a relationship with her married defense co-attorney Ron Austin, whom she later wed. They reside in Aspen, and Longet has opted to remain out of the spotlight.