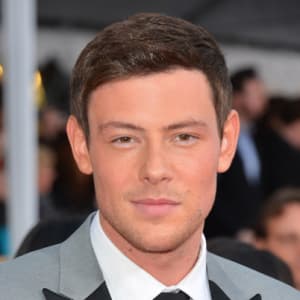 Born in Calgary, Canada, in 1982, actor Cory Monteith grew up in Victoria after his parents' divorce. He struggled with drug and alcohol problems in his teens. At the age of 19, Monteith went into rehab for the first time. He eventually got sober and discovered acting. He first appeared on the television show Stargate Atlantis in 2004. In 2006, Monteith landed a recurring role on Kyle XY and a small part in the movie Final Destination 3. He got his big break when he won the role of Finn Hudson on Glee, which debuted in 2009. The series about a high school glee club became a huge success and made Monteith a popular young star. In March 2013, Monteith returned to rehab for treatment. He died on July 13, 2013, in Vancouver, Canada from a heroin and alcohol overdose.

Born on May 11, 1982, in Calgary, Canada, actor Cory Monteith rose to fame as a cast member of the hit television musical Glee. His parents split up when he was seven, and he and his older brother were raised by their mother in Victoria. Monteith, a bright student early on, lost his way by his early teens. He started missing school to get drunk and do drugs.

At 16, Monteith officially gave up on his education after attending 12 different schools. He worked a number of odd jobs while performing in different bands as a drummer. By age 19, Monteith's substance abuse problem had gotten so out of hand that his family staged an intervention. He went into rehab for treatment, but he fell back into his old habits after leaving the facility. It was only after getting caught stealing money from a family member that Monteith decided to turn his life around.

Monteith moved to the small town of Nanaimo where he found work as a roofer. Living with a family friend, he got sober. Monteith soon followed a new direction for his life. In an interview with People magazine, he explained that "I met this acting teacher, he gave me a script, I read for him, and he was like, 'You could have a career doing this.'''

Before long, Monteith started to land some work on television. He auditioned for a number of shows filmed in Vancouver. A bit part on Stargate Atlantis was his first acting job. Then Monteith appeared on Smallville. In 2006, he had a part in the feature film Final Destination 3 and recurring role on the cable series Kyle XY.

Monteith won the most significant role of his career through a series of auditions. First he sent in a video of himself playing percussion on a set of Tupperware containers to Glee creator Ryan Murphy. Impressed with what he saw, Murphy asked for an audition tape of Monteith singing. Monteith won the part of Finn Hudson with his rendition of REO Speedwagon's "Can't Fight This Feeling."

In addition to the show, the cast of Glee had several hits with songs featured on the program and enjoyed another wave of success with a concert tour. Monteith became an internationally known performer through his work on Glee. He had little time for other projects. He did, however, manage to star in the 2011 romantic comedy Monte Carlo with Leighton Meester and Selena Gomez, but the film received a tepid reception.

In March 2013, Monteith went back to rehab for an unknown substance abuse issue. His girlfriend, actress Lea Michele, told People magazine that "I love and support Cory and will stand by him through this." The producers of Glee made adjustments to his schedule so that he could seek treatment. Monteith's character had returned to his old high school to serve as one of the glee club coaches for the show's fourth season.

Monteith left the program the following month. By all reports, he seemed to be in good spirits. Monteith tweeted late that April: "sending out big love to everyone. Thank you for the continued support! It means the world to me!" On July 6, he checked into a hotel in Vancouver, Canada. Monteith went out with friends the night of July 12. According to news reports, he came back to his hotel alone. Monteith failed to check out of the hotel the following morning, which alarmed hotel staff. A check of his room at noon revealed that the star had died. Monteith was only 31 years old.

The British Columbia Coroners Service reported that an autopsy and toxicology analysis revealed Monteith's death was caused by an overdose of heroin and alcohol. Once the news of Monteith's passing broke, there was an outpouring of grief and condolences to his friends and family. The producers of Glee released a statement, saying that "Cory was an exceptional talent and an even more exceptional person."