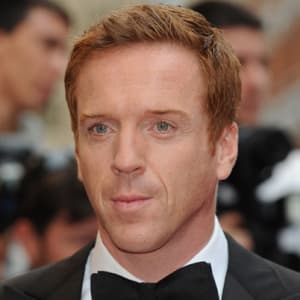 Damian Lewis is a British actor best known for his roles on Steven Spielberg’s war miniseries ‘Band of Brothers’ and the psychological thriller ‘Homeland.’

Damian Watcyn Lewis was born on February 11, 1971, in London, England. He began his career as a stage actor with the Royal Shakespeare Company before branching out into film and television. His most prominent roles include Soames Forsyte on The Forsyte Saga, Richard Winters on the HBO/Steven Spielberg miniseries Band of Brothers and Nicholas Brody on the Showtime series Homeland.

Damian Watcyn Lewis was born to parents Charlotte and Watcyn Lewis in London, England, on February 11, 1971. He is a descendant of a number of prominent London citizens, including Ian Frank Bowater, his maternal grandfather, who served as Lord Mayor. Lewis had a privileged childhood, attending the Ashdown House School and Eton College.

Lewis developed an interest in acting as a teenager. After graduating from the Guildhall School of Music and Drama, he performed with the Royal Shakespeare Company, playing parts in works by Shakespeare and Ibsen.

Damian Lewis has pursued an acting career on both stage and screen. His first prominent film role was as Patrick Conner in Robinson Crusoe, released in 1997. Around the same time, Lewis played Laertes opposite Ralph Fiennes in a stage production of Hamlet. Steven Spielberg saw the production and subsequently cast Lewis as Richard Winters in his World War II miniseries Band of Brothers, which aired on HBO. This performance introduced Lewis to a broad American audience for the first time.

After Band of Brothers, Lewis played Soames Forsyte on the ITV remake of The Forsyte Saga, shown as a Masterpiece Theatre miniseries. He then starred in the adaptation of Stephen King's Dreamcatcher, as well as in the feature film Keane and the television special Jeffrey Archer: The Truth. In 2005, Lewis appeared on the BBC adaptation of the Shakespearean comedy Much Ado About Nothing.

In 2008, Lewis starred as Charlie Crews on the American television series Life. Only half of the first season aired, due to the Writer's Guild of America strike that year. Despite its rocky start, the show won an AFI Award for best television series. The show was cancelled by NBC the following season, replaced in the network schedule by The Jay Leno Show.

From 2011-13, Lewis enjoyed a starring role as Sergeant Nicholas Brody on Showtime's psychological thriller series Homeland. His performance earned him a 2012 Primetime Emmy Award (outstanding lead actor in a drama series). Homeland also won an Emmy for outstanding drama series, and a Golden Globe Award for best television series. In 2015, Lewis garnered both Emmy and Golden Globe nominations for his performance as Henry VIII in the miniseries Wolf Hall.

Damian Lewis has been married to actress Helen McCrory since 2007. The couple has two children.

Both Lewis and McCrory are involved with charity work, particularly the London children’s organization Scene & Heard. In 2006 and 2010, Lewis was a player for England as part of the UNICEF charity program Soccer Aid. In 2014, he was appointed Officer of the Order of the British Empire.