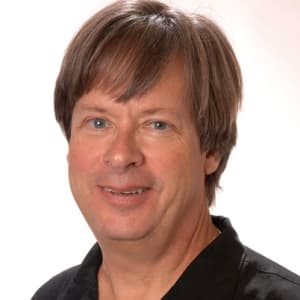 A popular humorist, Dave Barry has poked fun at an array of topics, from bad songs to historical events, for more than 30 years.

A writer who has built a career out of finding the humor in nearly everything, Dave Barry was born on July 3, 1947, in Armonk, New York. He first started out as a reporter in the early 1970s, and later developed a newspaper column that provided readers with his comic take on daily life. At its peak, his weekly column eventually appeared in more than 500 newspapers.

The son of a Presbyterian minister, Dave Barry grew up wanting to be a writer. His famous sense of humor emerged early on, and he eventually earned the title of Class Clown of his graduating class at Pleasantville High School in 1965. From there, Barry attended Haverford College outside Philadelphia, where he earned a bachelor's degree in English in 1969.

In the early 1970s, Barry landed his first newspaper job at the Daily Local News in West Chester, Pennsylvania. He shifted gears in 1975, taking a position with a consulting company. With Burger Associates, Barry spent years trying to teach business professionals how to be better writers. He still had time to pursue his own work, including creating a humor column for his old newspaper.

As his popularity increased, Barry soon attracted the attention of the Miami Herald, and he joined the paper in 1983 as a columnist. That same year his first book, The Taming of the Screw, debuted, providing readers with his own amusing take on the hassles of homeownership. Barry continued to skewer many aspects of modern life in his columns and in his books, including parenting, fitness and corporate life.

In 1988, Barry won the Pulitzer Prize for commentary. He was selected "for his consistently effective use of humor as a device for presenting fresh insights into serious concerns." Some have compared him to famed humorist Mark Twain, but Barry often humbly described his work as a series of jokes about bodily functions. All humility aside, he crafted columns on every topic, from the lowly toothpick to presidential politics.

A member of the Baby Boom generation, Barry's work struck a chord with his peers. Technology, toilets, and his own aging were among the subjects he explored in his work. At his peak, his column appeared in approximately 500 newspapers.

Barry also became a popular character on television for a time. Two of his books, including Dave Barry Turns 40 (1990), served as the inspiration for the hit sitcom Dave's World. The show, which starred Harry Anderson as Barry, ran from 1993 to 1997.

In addition to his columns, Barry also branched out into fiction. He wrote two novels: Big Trouble (1999) and Tricky Business (2002), which were praised for their humor, but chided for their weak plots. Big Trouble was turned into a 2002 film starring Tim Allen and Rene Russo. After years of writing for adults, Barry wrote stories for children with Ridley Pearson. Unsurprising for a man who never seemed to grow up, he explored the character of the famed "lost boy," Peter Pan. Barry and Pearson wrote several novels that served as a prequel to J. M. Barrie's Peter Pan, including Peter and the Starcatchers (2004).

While he retired from his weekly column in 2005, Barry continues to offer his humorous take on the world through numerous books. He poked fun at popular financial advice books with 2006's Dave Barry's Money Secrets: Like: Why Is There a Giant Eyeball on the Dollar?. He found the humor in history, with 2007's Dave Barry's History of the Millennium. Barry also has a new novel for 2012, Lunatics, which he wrote with Alan Zweibel.

Barry, however, hasn't abandoned newspapers all together. He still contributes special columns occasionally, such as his year in review and annual gift guide.

Barry lives in southern Florida with his wife, Michelle Kaufman, and their daughter Sophie. He has a son, Robert, from a previous marriage. He also occasionally plays in a band called The Rock Bottom Remainders with such literary figures as Stephen King, Amy Tan and Mitch Albom.