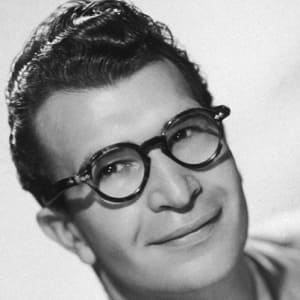 Dave Brubeck was an American jazz pianist and composer known for his unconventional meters, as well as songs like “In Your Own Sweet Way” and “The Duke.”

Born in Concord, California, on December 6, 1920, Dave Brubeck worked as a jazz pianist before co-founding the Dave Brubeck Quartet in 1951. His use of unconventional meters contributed to his huge appeal. Some of his most popular compositions include "Blue Rondo a la Turk," "In Your Own Sweet Way" and "The Duke." The song "Take Five," composed by Brubeck's longtime partner, saxophonist Paul Desmond, was the first jazz instrumental to sell more than a million copies. Brubeck died on December 5, 2012, at age 91.

Born in Concord, California, on December 6, 1920, David Warren Brubeck began playing piano when he was 4 years old, and began performing with jazz bands in California in the early 1930s. After graduating from high school, in 1938, Brubeck enrolled at the College of the Pacific in California. Not long after, he formed a 12-piece jazz ensemble.

In 1946, Brubeck and seven of fellow students at Mills College—including saxophonist Paul Desmond, trumpeter Dick Collins and clarinetist Bill Smith—formed the Dave Brubeck Octet. Based in San Francisco, the band performed together until 1949 and released several recordings, including "The Way You Look Tonight," "Love Walked In," "September in the Rain, "Fugue on Bop Themes," "Let's Fall in Love," "I Hear a Rhapsody," "Laura" and "What Is This Thing Called Love." Though they garnered little attention in the 1940s and '50s, the octet has earned acclaim in recent years; their recordings have been deemed innovative and ahead of their time, even by contemporary jazz standards.

The Dave Brubeck Trio and Quartet

By the mid-1950s, Brubeck had finally gained international fame. Some of his most popular compositions include "Blue Rondo a la Turk," "In Your Own Sweet Way" and "The Duke." His use of unconventional meters contributed to his wide appeal. A testament to his popularity, Brubeck was featured on the cover of Time magazine in November 1954.

In an interview with The New York Times, Brubeck discussed his feelings on his fame in '50s, noting that his longtime partner, Paul Desmond, didn't gain recognition until several years later. "Seven in the morning, there's a knock at the door and there's Duke [Ellington] handing me the magazine and saying, 'Dave, you're on the cover,'" he said. "He was happy for me, but I was just so disappointed because it should have been him. They got around to him finally a couple of years later. But … it just bothered me."

In 1959, Desmond's "Take Five" became the first jazz instrumental to sell more than a million copies. The song, included on the Dave Brubeck Quartet's album Time Out, attracted many new listeners to jazz, particularly on college campuses, during the 1950s and '60s.

The Dave Brubeck Quartet disbanded in 1967. Desmond died a decade later, in 1977. Brubeck went on to form another group, a quartet with his sons, keyboardist Darius Brubeck, bassist and trombonist Chris Brubeck, and drummer Danny Brubeck. In 1973, the group released Two Generations of Brubeck.

On December 5, 2012, one day before his 92nd birthday, Brubeck died of cardiac arrest in Norwalk, Connecticut.

Today, Brubeck is remembered for his musical experimentation and unconventional meters. While he's best known for his compositions, his talent on the piano has also been praised. Of his passion for the piano, Brubeck once said, "It's like a whole orchestra, the piano for me."