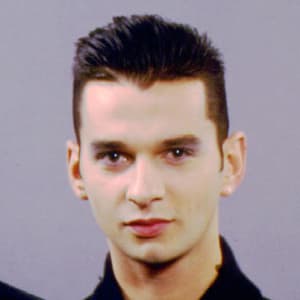 British musician Dave Gahan is best known as the lead singer of electronic band Depeche Mode. His voice can be heard on the tracks “Suffer Well” and “Nothing’s Impossible,” among many others.

Dave Gahan, lead singer of Depeche Mode, was born in Essex, England on May 9, 1962. The original members of the band recruited Gahan after hearing him sing David Bowie's "Heroes." After joining the band, Gahan suggested the name "Depeche Mode" after seeing it on the cover of a French fashion magazine. Gahan's iconic voice, which can be heard on songs like "Suffer Well" and "Nothing's Impossible," is a critical characteristic of Depeche Mode's unique sound.

David Gahan was born into a working-class family. When Dave was 6 months old, his father, bus driver Len Callcott, left the family. Several years later, his mother, Sylvia, met and married her second husband. The Gahan family continued to grow with the birth of two boys, Peter and Phil. Gahan and his sister Sue were raised under the impression that their stepfather, Jack, was their natural father. After Jack's death, in 1972, Gahan met his biological father for the first time. Shortly thereafter, his father left again and did not return.

Gahan left the Barstable School in July 1978, taking jobs that ranged from selling soft drinks to working on a construction site. In 1980, Vince Clarke, Martin Gore and Andy Fletcher formed the band Composition of Sound. A few months later, Clarke heard Gahan perform David Bowie's song, "Heroes." Gahan agreed to join Composition of Sound as its lead singer. The band subsequently changed its name to Depeche Mode, which Gahan suggested after seeing a French fashion magazine of the same name.

Depeche Mode went on to become one of the pioneering electronic or synthpop bands of the era. They released more than 10 studio albums, and achieved global sales in excess of 100 million records. Gahan's iconic voice has garnered him recognition and high praise as one of popular music's leading men.

Despite his strong vocals, Gahan did not write any of Depeche Mode's songs during the period of their greatest popularity. Three of the band's songs, sung by Gahan, appeared on 2005's Playing the Angel, including "Suffer Well" and "Nothing's Impossible." The single was nominated for a Grammy Award and reached No. 12 on the U.K. charts. In the early 2000s, Gahan began songwriting for Depeche Mode, and three of his songs were included on the band's 2009 album, Sounds of the Universe.

Gahan has appeared on other bands' albums, as well. He contributed vocals to a track called "Visitors," under the name frYars, and served as the main vocalist and lyricist for Soulsavers' 2012 album, The Light the Dead See.

Dave Gahan relocated to New York City in 1997. He has been married three times, and has a daughter and a son from two of these relationships.

Gahan is a recovering heroin addict. In 1993, he suffered a minor heart attack during a performance in New Orleans, leaving his bandmates to improvise without him. In August 1995, he attempted suicide. The following May, Gahan overdosed at the Sunset Marquis Hotel in Los Angeles, which resulted in his heart stopping for two minutes.

In 2009, shortly before Depeche Mode was due on stage in Athens, Greece, Gahan fell ill in his dressing room. Subsequent tests revealed a malignant tumor in his bladder. Gahan later suffered a torn calf muscle and strained his vocal cords, resulting in further cancelations. Gahan has continued to perform with Depeche Mode and others, despite setbacks with his health.