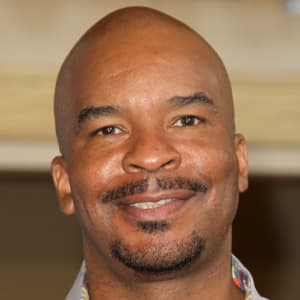 Actor and comedian David Alan Grier is an accomplished Broadway and film actor who rose to fame as a cast member of the TV sketch-comedy show In Living Color.

David Alan Grier was born in Detroit, Michigan, in 1956. A graduate of the Yale School of Drama, Grier first gained wide recognition as a cast member of the 1990s TV sketch-comedy show In Living Color. He's now known as an accomplished stage actor who's received two Tony nominations, and his credits include a host of films, a robust lineup of plays and roles on various television programs.

David Alan Grier was born on June 30, 1956, in Detroit, Michigan. His father, William H. Grier, was a psychiatrist and author of the book Black Rage, which examines the continued impact of slavery and social oppression on the African-American population.

With his parents intent on giving their children a well-rounded education, Grier and his two siblings were heavily steeped in culture and politics. The elder Grier, especially, made sure his children were exposed to literature, movies and music. When he was six years old, Grier walked with his family in a Detroit march headed by Martin Luther King Jr.

Following high school graduation, Grier enrolled at the University of Michigan, but left school for a time to move to New York City to pursue his dream of acting. After landing a few modest roles, he returned to Ann Arbor to complete his undergraduate work, earning a degree in television and film.

Grier went on to enroll at Yale University's School of Drama, where he pursued a master's a degree. "I never wanted to lose out on an acting job," he later told The New York Times, explaining his pursuit of a graduate degree.

Grier graduated from Yale in 1981, and not long after, caught a tremendous break, nabbing the role of Jackie Robinson in the Broadway production of The First. While far from a hit, the play offered Grier tremendous exposure and earned him a Tony nomination.

Over the next few years, Grier continued to do mainly stage work. In 1983, however, he made his film debut in Streamers, directed by Robert Altman. The following year, he starred in A Soldier's Story, taking on the same role he had for an earlier stage production of the same work.

Over the next several years, Grier began taking on more comedic roles in a variety of movies, most notably I'm Gonna Git You Sucka (1988), which paired the actor with Keenen Ivory Wayans. While the movie never delivered at the box office, it propelled Wayans and Grier to reunite two years later on the landmark TV sketch-comedy show In Living Color. The show featured a robust lineup of up-and-coming comedians, including Damon Wayans, Jim Carrey and Jamie Foxx. Following the show's end in 1994, Grier moved into film almost exclusively. His credits during this time include Blankman (1994), Jumanji (1995) and McHale's Navy (1997).

In the early 2000s, Grier returned to the small screen, first as the star of the NBC comedy DAG and later as a co-star on ABC's Bonnie Hunt sitcom Life with Bonnie. In addition to film, in recent years, Grier has made various TV appearances, including on The Daily Show with Jon Stewart; The Colbert Report with Stephen Colbert; and Dancing with the Stars, as a contestant in 2009.

Amidst all of his comedic work, Grier never turned his back on dramatic roles. In 2010, he teamed up with David Mamet for the Broadway production of Race, which cast Grier as a lawyer grappling with having to defend a white man who's been charged in a crime against a black woman. The role earned Grier his second Tony nomination. Grier made critics gush again in 2012, playing the role of Porgy in the Broadway production of Porgy and Bess.

Grier continues to keep busy, appearing in various television shows like Bones, Hallmark Channel's The Watsons Go To Birmingham (2013), and NBC's live production of The Wiz (2015), in which he played the Cowardly Lion.

In 2009, Grier published his first book, Barack Like Me: The Chocolate Covered Truth, which details the actor's life and looks at issues related to race and culture.

Grier has been married twice and is the father of a daughter, Luisa Danbi Grier-Kim, who was born in 2008.