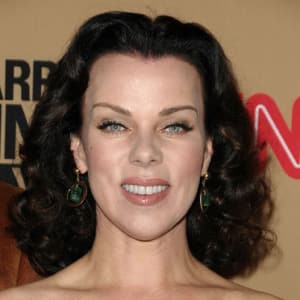 Debi Mazar is an actress known for roles in films such as ‘Goodfellas’ and ‘The Doors’ and the TV series ‘Entourage’ and ‘Younger.’ She also hosts a reality television cooking show ‘Extra Virgin’ with husband and co-host Gabriele Corcos.

Who Is Debi Mazar?

In the 1980s, Debi Mazar found herself employed as Madonna's makeup artist, making appearances in late-80s music videos for Madonna songs such as "Justify My Love." Then, with no acting experience, she landed a role in Martin Scorsese's Goodfellas, instantly becoming typecast as a New York tough girl. In 2004 she landed a role on HBO’s Entourage and became known to millions more viewers. Starting in 2011 Mazar and her husband Gabriele Corcos launched a reality TV cooking show on the Cooking Chanel called Extra Virgin and later a spinoff series, Extra Virgin Americana in 2015. That same year she began starring in TV Land's hit show, Younger, as Maggie Amato.

Debi Mazar married Italian musician Gabriele Corcos in 2002, and the pair has two daughters. Mazar and Corcos, both of whom are avid foodies, first hosted a popular Internet cooking show called Under the Tuscan Gun before moving onto their successful reality TV series Extra Virgin starting in 2011. In 2014 they co-authored a cookbook, Recipes & Love From Our Tuscan Kitchen.

The family divides their time between Brooklyn and Florence, Italy.

Mazar became a fixture of the 1980s New York club scene and befriended an up-and-coming pop star named Madonna. Soon she found herself employed as Madonna's makeup artist, making cameo appearances in late-80s music videos for Madonna songs such as "True Blue" and "Justify My Love."

Those music video appearances sparked Mazar's interest in acting; while still working as Madonna's make-up artist, she began taking acting classes. Then, with no acting experience to her name save a handful of music videos and an uncredited appearance as a dancer in a 1984 TV movie called Graffiti Rock, she landed a role in Martin Scorsese's landmark 1990 mob film Goodfellas. Mazar earned wide acclaim for her portrayal of Ray Liotta's junkie mistress and almost instantly became typecast as a New York tough girl.

But being typecast may have been the best thing that could have happened for Mazar's career at the time. She soon landed similar parts—always fast-talking and street-smart—in films like The Doors (1991), Money for Nothing (1993) and Batman Forever (1995), as well as the TV courtroom dramas Civil Wars (1991-93) and L.A. Law (1993-94). "Being typecast is a great thing for an actor," Mazar says, because then "you work. I was considered one of the New York actors … one of the New York mob actors. But I did get tired of the way people would think of me. My heart was deeper."

After appearing in such acclaimed films as Empire Records (1995), The Insider (1999) and More Dogs than Bones (2000), in 2004 Mazar landed her most visible role to date on the HBO hit show Entourage. She plays Shauna, the irrepressible publicist who offers a rare female presence in the show's male-dominated world of celebrity hanger-on characters.

Despite her winning performance, though, Mazar insists that she actually despises her character — and showbiz publicists in general. "I'm not in the business to make people aware of me," she says. "And publicists are very expensive—they're $3,500 a month! I don't want to spend that kind of money so I can get a stupid article in Interview magazine." Entourage ended its series in 2011 after eight seasons and spawned a movie in 2015, which Mazar also appeared in. In addition to her work on Entourage, Mazar competed on the celebrity dancing show Dancing with the Stars in 2009.

Starting in 2011, Mazar and husband Gabriele launched their reality television cooking show, Extra Virgin, on the Cooking Channel. The series follows the lives of Mazar, Gabriele and their two daughters while the couple cooks up delicious dishes (with a Tuscan influence) for their entire family. In 2015 the couple produced a spinoff called Extra Virgin Americana, which involves the family traveling all over the country in search of unforgettable gastronomical experiences.

Debi Mazar was born on August 13, 1964, on Manhattan's Lower East Side. Her father, Harry Mazar, was a blue-collar Latvian Jewish immigrant who fled the former Soviet Union to start a new life in New York City. Her mother, Nancy, was an American-born Catholic who converted to Judaism upon marrying her father. As a child, Debi Mazar was exposed to a remarkable diversity of faiths as her parents struggled to find spiritual satisfaction from different religions. According to Mazar, her mother "was born Catholic, converted to Judaism, then she became a Buddhist, then she became a Jehovah's Witness. Then she was kicked out of Jehovah's Witness for taking a blood transfusion."

Her father's religious past was equally complex; born Jewish, he had spent World War II passing as a Catholic to escape Nazi anti-Semitism. "It was a big secret which I didn't find out until I was in my 20s," Debi Mazar says. She also says that this early exposure to a myriad of religious influences later prevented her from latching onto any of the spiritual trends that periodically sweep Hollywood. "I could never be pushed into something," she says. "It's just not my thing. But I think if people find happiness in it, then good for them!"

When Mazar recalls her childhood in the multicultural immigrant havens of Brooklyn and Queens, what she remembers most vividly are the smells. "Every day I smelled garlic, sofrito and rice, pork and beans and God knows what else floating through the windows," she says. Perhaps reflecting her working-class background, as a child she dreamed mostly about growing up to stability and comfort. "I always had dreams," she said. "I knew I wanted to have money to buy things at the flea market. That's worked out well."

Finding Her Niche in New York

Instead of attending college, Mazar moved out of her house at the age of 18, taking with her little more than a taste for excitement and a vague notion of making it in the world of show business. At first, she took any employment she could find, working as a sales clerk, nightclub bouncer and even dental assistant — a job for which she had no training. "I've had a huge variety of jobs," Mazar says. "I had a friend who was a dentist who wouldn't hire me but gave me, like, all the dialogue I needed and I basically auditioned for [another] dentist … On my first day on the job, he said, 'Hand me the … ' whatever it was, and I said, 'The picker'? He realized I didn't know what I was talking about."