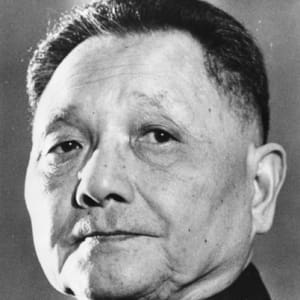 Deng Xiaoping was a Chinese communist leader and the most powerful figure in the People’s Republic of China from the late 1970s until his death in 1997.

Deng Xiaoping was born on August 22, 1904 in Guang’an, rising through political ranks to become the communist leader who ruled China from the late 1970s until 1997. He abandoned many communist doctrines and incorporated elements of the free-enterprise system into the economy. Deng engineered reforms in virtually all aspects of China's political, economic and social life, restoring the country to domestic stability and economic growth after the excesses of the Cultural Revolution though cementing an inequality gap as well. His regime was also marked by the 1989 massacre of demonstrators in Tiananmen Square. Xiaoping died on February 19, 1997.

Deng Xiaoping was born Deng Xixian on August 22, 1904 in Guang’an, part of the Sichuan province of China. The son of a well-to-do landowner, Deng joined the Chinese Communist Party while in high school and traveled to France and later Moscow before returning to his home country in 1926.

Deng Xiaoping joined China’s burgeoning communist revolution, led by Mao Zedong, as a political and military organizer. He cut his revolutionary teeth on the fabled “Long March” of 1934-35 when the fledgling Chinese Communist movement escaped capture by the Nationalist Chinese Army. War broke out against Japan in 1937 and Deng served as educational leader of the Chinese Revolutionary Army, helping it grow into a large military machine during the Communist Revolution, 1946-49.

Mao initially praised Deng Xiaoping for his organizational skills, but he fell out of favor in the 1960s during the Cultural Revolution. Deng’s emphasis on individual self-interest did not sit well with Mao’s egalitarian policies. Deng was eventually stripped of all his posts and, with his family, exiled to the rural Jiangxi province to undergo reeducation.

A Fall from Grace and a Return to Power

In 1973, Chinese Premier Zhou Enlai felt China needed Deng’s organization skills to improve the economy. Deng was reinstated and carried out a major reorganization of the government. He was soon elevated to the Politburo. Deng was widely considered to be Zhou’s successor. However, upon Zhou’s death, the Gang of Four managed to purge Deng from leadership.

After Mao’s death in 1977, the Gang of Four itself was purged and Deng Xiaoping made a political comeback. He downgraded Mao’s legacy, destroyed his opponents and banned “unofficial” organizations. As his power solidified, Deng quickly instituted new economic policies opening China to international trade and investment. This led to a peace treaty with Japan, improved relations with the USSR, official recognition by the United States, and return of control over the British Colony of Hong Kong.

By the mid-1980s, Deng had introduced economic reforms in agriculture and industry, providing for more local management, and instituted the radical “one child per couple” policy to control China’s burgeoning population. In all these reforms, Deng insisted China remain a socialist nation with central control. Reforms improved the quality of life for all but also created a huge inequality gap between the classes.

"Poverty is not socialism. To be rich is glorious."

In the mid-1980s, the democracy movement gained momentum and by 1989, Deng Xiaoping’s authoritarian leadership faced opposition. A series of widespread demonstrations at Tiananmen Square shut down the government during a visit by Soviet Premier Mikhail Gorbachev. After some hesitation, Deng supported removing the protesters by force. On June 3-4, 1989, the military moved in under the cover of darkness and in a few hours it was all over. Though the international media was present for the Gorbachev visit, they were banned from the Square. It is believed that hundreds if not thousands of demonstrators were killed that night.

Though Deng Xiaoping faced major worldwide criticism for the Tiananmen Square massacre, he continued to stay in power. With further changes implemented, China’s economy grew and standards of living increased under an authoritarian government committed to one-party rule. Deng carefully handpicked his successors and in his last years became more removed from his duties. On February 19, 1997, Deng died in Beijing at age 92. 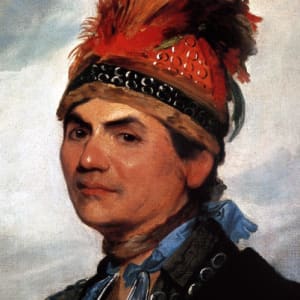