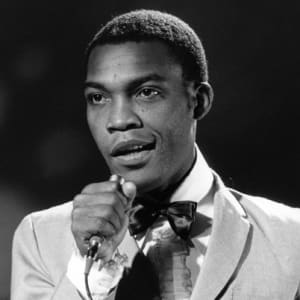 Desmond Dekker, who was born in July 16, 1941 in St. Andrew, Jamaica, became an international star after releasing numerous musical hits that introduced Jamaican reggae to the world. During his lengthy and successful career, Dekker toured the world and continued to perform until his death in 2006.

Singer and songwriter Desmond Dekker was born Desmond Adolphus Dacres on July 16, 1941, in the St. Andrew suburb of Kingston, Jamaica. Following his mother's death, Dekker moved around the country before finally settling in Kingston, where he worked in a welding shop alongside Bob Marley. He began displaying his singing talents while at work, and Marley encouraged him to pursue a musical career, particularly in the ska, reggae and rocksteady genres.

In his late-teens, Dekker started auditioning before Jamaican record label founders and met success around age 20 after auditioning before Derrick Morgan, who was at that time Beverley's record label's biggest star. Although he was signed to the label in 1961, Dekker did not begin recording until 1963. It was around then that he changed his name and released his first hit, "Honour Your Mother and Father."

Dekker rose to fame rapidly. His fourth hit, "King of Ska," made him a celebrity — one of Jamaica's biggest stars. Soon after its release, Dekker recruited four men, Clive Campbell, Barry Howard, Carl Howard and Patrick Howard, to be his backup singers; The Four Aces, who later shortened their name to The Aces, recorded a number of hits with Dekker. In 1967, after appearing on an album of Derrick Morgan's that glamorized Jamaica's rude boy culture, Dekker changed the content of his music. Writing and singing more about the violent lifestyle, he reinvented himself as a rebel. "A series of songs including 'Rude Boy Train' and 'Rudie Got Soul' made Mr. Dekker a hero of Jamaica's rough urban 'rude boy' culture," according to a May 2006 New York Times obituary.

In 1968, Dekker won the Jamaican Song Festival. The next year, he released the song "Israelites," which topped the UK Singles Chart and made it into the US Billboard Hot 100's Top Ten. The song sold more than a million copies worldwide and was the peak of Dekker's career, according to Dekker's obituary in The New York Times, which stated that although the song was his only American hit, it was a turning point for Jamaican music among international listeners. The Israelites, "with its biblical imagery of suffering and redemption, showed the world reggae's combination of danceable rhythm and serious, sometimes spiritual intentions," the obituary read.? "I was telling people not to give up as things will get better," Dekker said about the song in a 2005 interview.

By the end of the 1960s, Dekker had won the Golden Trophy award, presented annually to Jamaica's top singer, five times. His song "007 (Shanty Town)" made it onto the soundtrack of the 1972 Jamaica reggae film The Harder They Come, and the Beatles' Paul McCartney slipped Dekker's first name into the song "Ob-La-Di, Ob-La-Da."

Dekker moved to England in the early 1970s and signed with Staff Records, an influential new-wave label. Throughout the 1970s, Dekker toured regularly and continue to produce hits. Among them was his version of Jamaica reggae star Jimmy Cliff's "You can Get It If You Really Want It.?"

As the public's music tastes changed, interest in Dekker faded and he declared bankruptcy in 1984. Still, he continued to tour regularly, re-recorded old singles, participated in several collaborations and worked with a ska revival band, The Specials, on an album. Dekker died of a heart attack on May 25, 2006, at his home in Surrey, England, one week before he was set to begin a European tour. He was 64 years old at the time. Dekker was divorced and survived by two children, a son and daughter.