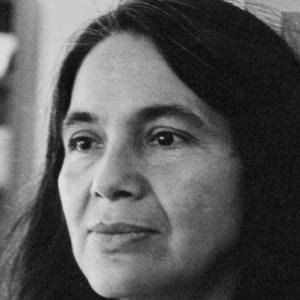 Dolores Huerta is an activist and labor leader who co-founded what would become the United Farm Workers.

Who Is Dolores Huerta?

Dolores Huerta has worked to improve social and economic conditions for farm workers and to fight discrimination. To further her cause, she created the Agricultural Workers Association (AWA) in 1960 and co-founded what would become the United Farm Workers (UFW). Huerta stepped down from the UFW in 1999, but she continues her efforts to improve the lives of workers, immigrants and women.

Activist and labor leader Dolores Fernández, better known as Dolores Huerta, was born April 10, 1930, in Dawson, New Mexico, the second child of Juan and Alicia (Chavez) Fernandez. The young family struggled, and by the time Dolores was 3, her parents divorced and her mother moved Dolores and her two brothers to Stockton, California. Dolores maintained a relationship with her father, who later became a union activist and a New Mexico state assemblyman. Juan’s own political and labor activism later proved inspirational to Dolores.

When the family first arrived in Stockton, a farming community in the San Joaquin Valley, Alicia worked two jobs to provide for the family. Dolores’s grandfather, Herculano Chavez, took care of the children, serving as the children’s adult male figure. Dolores admired her mother, who always encouraged her children to get involved in youth activities and become something. Alicia worked hard to provide music lessons and extracurricular activities for her children, with Dolores taking violin, piano and dance lessons. A good student, she was also a Girl Scout up until she turned 18, and she won second place in a national essay contest.

Despite her achievements, Dolores experienced the racism many Mexicans and Mexican Americans suffered from, especially those who were farm workers. At school she was sometimes treated with suspicion and scorn. She was once accused by a teacher of stealing another student’s work because the teacher was convinced that Dolores was incapable of doing it own her own, due to her ethnic origin.

With time, her family’s economic conditions improved. During World War II, Alicia ran a restaurant and then purchased a hotel in Stockton with her second husband, James Richards. The businesses served the farm workers and day laborers, offering affordable rates and welcoming the diversity of the area.

After graduating from Stockton High School, in 1947, Dolores Fernandez went through a marriage, the birth to two children and a divorce. After a series of unsatisfying jobs, she returned to school and eventually completed a teaching degree at Stockton College, part of the University of the Pacific. She briefly worked as an elementary school teacher, but resigned because she was so distraught over the poor living conditions of her students, many of them children of farm workers.

Determined to help, in 1955, she and Fred Ross started the Stockton chapter of the Community Services Organization (CSO), a grassroots group that worked to end segregation, discrimination and police brutality and improve social and economic conditions of farm workers. During this time, Dolores married Ventura Huerta, another labor activist. The couple would go on to have five children.

A Life of Activism

In 1962, both Huerta and Chavez lobbied to have the CSO expand its efforts to help farm workers, but the organization was focused on urban issues and couldn’t move in that direction. Frustrated, they both left the organization and, with Gilbert Padilla, co-founded the National Farm Workers Association (NFWA). The two made a great team. Chavez was the dynamic leader and speaker; and Huerta the skilled organizer and tough negotiator.

After five hard years, the United Farm Workers (now affiliated with the American Federation of Labor and Congress of Industrial Organizations) signed an historic agreement with 26 grape growers that improved working conditions for farm workers, including reducing the use of harmful pesticides and initiating unemployment and healthcare benefits. Around this time, she was credited with coining the phrase "sí se puede," or "yes we can," as a means of spurring union members onward through tough times.

In the 1970s, Huerta coordinated a national lettuce boycott and helped create the political climate for the passage of the 1975 Agricultural Labor Relations Act, the first law to recognize the rights of farm workers to bargain collectively.

During the 1980s, Dolores Huerta served as vice president of the UFW and co-founded the UFW’s radio station. She continued to speak for a variety of causes, advocating for a comprehensive immigration policy and better health conditions for farm workers. In 1988, she nearly lost her life when she was beaten by San Francisco police at a rally protesting the policies of then-presidential candidate George H. W. Bush. She suffered six broken ribs and a ruptured spleen.

Dolores Huerta has been honored for her work as a fierce advocate for farm workers, immigration and women. She received the Ellis Island Medal of Freedom Award and was inducted in the National Women’s Hall of Fame in 1993. That year proved bittersweet for her as she also experienced the passing of her beloved friend Cesar Chavez.

In 1998, she received the Eleanor Roosevelt Award, a year before she stepped down from her position at the United Farm Workers. In 2002, she received the Puffin/Nation Prize for Creative Citizenship. The $100,000 award provided her the means to create the Dolores Huerta Foundation, whose purpose is to bring organizing and training skills to low-income communities.

At the 2018 Academy Awards, Huerta walked the red carpet alongside many A-list celebrities, before taking the stage with nine other activists during a performance of Common and Andra Day's Oscar-nominated song "Stand up for Something."

Huerta continues to lecture and speak out on a variety of social issues involving immigration, income inequality and the rights of women and Latinos.