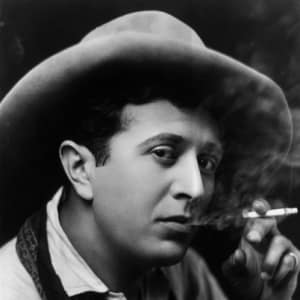 E.E. Cummings was a 20th century poet and novelist known for his innovations in style and structure.

Born on October 14, 1894, in Cambridge, Massachusetts, E.E. Cummings went on to become an innovative poet known for his lack of stylistic and structural conformity, as seen in volumes like Tulips and Chimneys and XLI Poems. After self-publishing for much of his career, he eventually found wide recognition. A playwright and visual artist as well, Cummings died on September 3, 1962.

Edward Estlin Cummings was born on October 14, 1894, in Cambridge, Massachusetts. His father was a minister and professor, while his mother instilled in the youngster a love of language and play. Cummings went on to earn both his B.A. and his M.A. by 1916 from Harvard University, where his father taught, before going on to serve in World War I overseas as a volunteer for the ambulance corps.

A pacifist, Cummings was imprisoned for several months by French authorities for suspicion of treason due to letters he'd written. He later recounted his jail experiences in the autobiographical novel The Enormous Room, published in 1922.

His next book, Tulips and Chimneys (1923), was a collection of poems. He published a few more volumes of poetry in the 1920s and '30s. Cummings, who lived in Paris and New York, became known for poems that played wildly with form and spacing, punctuation, capitalization, overall grammar and pacing (a sample title of one of his poems: "the hours rise up putting off stars and it is"), perhaps serving as a structural metaphor for the writer's belief that much of modern society killed individual creativity and freedom.

Nonetheless, he was also able to write traditionally styled verse such as sonnets with a flair for wit and whimsy. Cummings' work was also known for its focus on nature, sexuality and love, in both a sensual and a spiritual sense.

Cummings wrote the avant-garde play Him, performed by the Provincetown Players in 1927, and a few years later traveled to the Soviet Union. Though curious, he was in fact put off by the government's social policies, which he wrote about with unconventional prose in his 1933 work Eimi.

Unable to find a publisher, Cummings self-published much of his work and struggled financially. It was only in the 1940s and '50s, with a burgeoning counterculture, that his style of writing came to be more favored by the masses and he gave live readings before full houses.

He received a fellowship from the Academy of American Poets at the start of the 1950s. He later spoke about his work as part of Harvard's Charles Eliot Norton lecture series, presented in the 1953 book i: six nonlectures. Later in the decade he won the Bollingen Prize for Poetry from Yale University.

There are several biographies available on the poet, including 2014's E.E. Cummings: A Life by Susan Cheever.