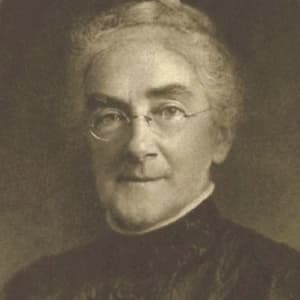 Chemist, sanitation engineer, and home economist Ellen Richards opened scientific education and professions to women when she started teaching at MIT in 1884.

Ellen Richards graduated from Vassar College in 1870 and went on to become one of the first women admitted to MIT, where she earned a bachelor of science degree in 1873. Her focus was on chemistry, sanitary engineering and home economics. Richards blazed a trail for women in the sciences by establishing a woman's laboratory at MIT and eventually joining the school's regular faculty. She died in 1911.

Born on December 3, 1842, in Dunstable, Massachusetts, Ellen Swallow Richards was a pioneer in the field of home economics and helped open the door for women to pursue science education and careers. After graduating from Vassar College in 1870, Ellen Richards became one of the first women admitted to the Massachusetts Institute of Technology in Cambridge, Massachusetts. After graduating in 1873 with a bachelor of science degree, Richards tried to obtain a doctorate, but the school refused to allow it. In 1876, she established a woman's laboratory at MIT, where she subsequently taught. She also set up a program in the Boston public schools to prepare young women for education in the sciences.

Finally admitted to the regular MIT faculty when women were admitted to regular classes, Ellen Richards taught sanitary chemistry at the school from 1884 to 1911. After conducting a pioneer survey of Massachusetts' inland waterways from 1878 to 1890, she established the first program in sanitary engineering at MIT.

In her later years, Ellen Swallow Richards also became a leader in establishing a scientific basis for home economics, with such projects as her studies in the adulteration of groceries and the arsenic content in wallpaper and fabrics, as well as her promotion of good nutrition. She conceived and directed the Lake Placid Conference on Home Economics (1899-1908), which coined the term home economics, and developed standards for training professionals.

Richards died of heart disease on March 30, 1911, in Jamaica Plain, Massachusetts. Though Richards had published various works, including The Chemistry of Cooking and Cleaning (1882) and Food Materials and Their Adulteration (1885), her major claim to fame now rests on her having opened up scientific education and professions to women.