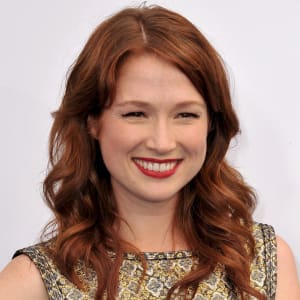 Comedic actress Ellie Kemper is best known for her roles in the film ‘Bridesmaids,’ the TV sitcom ‘The Office’ and the Netflix original series ‘Unbreakable Kimmy Schmidt.’

Who Is Ellie Kemper?

Born on May 2, 1980, in Kansas City, Missouri, actress Ellie Kemper went on to attend Princeton University, where she performed in two comedy groups. She later became involved with the Upright Citizens Brigade in New York City. Kemper's major break came in 2009 when she joined the cast of the hit workplace sitcom The Office. On the big screen, she gave a strong performance in the 2011 comedy Bridesmaids. Kemper later landed her own series, Unbreakable Kimmy Schmidt, which debuted on Netflix in 2015 to critical acclaim.

Kemper is married to writer Michael Koman. In August 2016 she gave birth to her first child, a son named James. She divides her time between New York and Los Angeles.

Born on May 2, 1980, in Kansas City, Missouri, actress Ellie Kemper started performing at a young age. She and her sister Carrie liked to devise skits together and later graduated to making their own videos. Kemper studied drama in high school, and one of her teachers was Jon Hamm, who later achieved fame as Don Draper in Mad Men. As she explained to the A.V. Club, "having this grown, tall man teach you theater, it was like having a hunk in the class."

Kemper went on to study English at Princeton University. There she got involved in theater, performing in such comedy groups as Quipfire! and the Triangle Club. After graduating college in 2002, Kemper went to England to attend Oxford University and continue her English studies. She then moved to New York City, where she further honed her comedy and writing skills. She performed several one-woman shows with the Upright Citizens Brigade and contributed to the humor website The Onion.

In 2009 Kemper captured national attention as Erin Hannon, the sweet yet quirky receptionist on the hit sitcom The Office. She joined the show four years into its run, but she soon won over fans with Erin's offbeat romance with salesman Andy Bernard (Ed Helms) and endearing relationship with dysfunctional boss Michael Scott (Steve Carell). Her character actually wasn't supposed to last more than a few episodes, but she soon became a series regular. Kemper remained with The Office until its conclusion in 2013.

Kemper also found time for other projects, having a memorable supporting role as Becca in the 2011 hit comedy Bridesmaids, starring Kristen Wiig and Maya Rudolph. Kemper also appeared in the 2012 police comedy 21 Jump Street with Channing Tatum and Jonah Hill.

In 2015 Kemper earned raves for her new comedy series Unbreakable Kimmy Schmidt. She plays the title character, a young woman who moves to New York City after being freed from a doomsday cult. Created by writers/producers Tina Fey and Robert Carlock and co-starring Tituss Burgess and Jane Krakowski, the series follows Kimmy's attempts to acclimate to modern urban life. Initially Kemper had some reservations about the show's premise and was concerned that it might be too dramatic. But, as she told New York magazine's Vulture blog, "I think if anyone can make comedy out of a tragic situation, it's those two writers. My fears were alleviated knowing it was in such good hands."