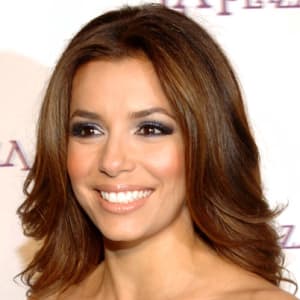 Who is Eva Longoria?

Actress Eva Longoria was born March 15, 1975, in Corpus Christi, Texas. A beauty pageant contestant in her youth, she got her first break in show business with a regular role on The Young and the Restless from 2001 to 2003. Her breakthrough role came in 2004 as Gabrielle Solis on the hit television series Desperate Housewives.

Eva Jacqueline Longoria was born on March 15, 1975, in Corpus Christi, Texas, the youngest of four sisters. Longoria grew up on a ranch in Corpus Christi and attended Texas A&M, Kingsville, earning her bachelor of science degree in kinesiology while appearing in college plays.

In March 1998, Longoria won the Miss Corpus Christi beauty pageant, which came with the opportunity to compete in a talent show in Los Angeles. She headed to L.A. for the talent show, won it, and stayed in California to pursue an acting career.

In 2000, Longoria made her first appearances on TV in tiny parts on Beverly Hills 90210 and General Hospital. The following year, the young actress joined the cast of the daytime soap opera The Young and the Restless, on which she played Isabella, a mentally unstable character who, after two seasons, was sent to an insane asylum.

The role earned Longoria an American Latino Media Arts (ALMA) Award for Outstanding Actress in a Daytime Drama in 2002, but even better things were on the horizon, when Longoria landed a juicy role on the new series Desperate Housewives two years later.

Eva Longoria hit prime time with a vengeance in 2004 as the sexy, scheming Gabrielle Solis on the ABC dramedy Desperate Housewives. The ensemble show was an immediate hit, and Longoria shot to nationwide fame instantly.

A year into the show, she won Choice TV Breakout Performance, Female, at the Teen Choice Awards and the cast won the Screen Actors Guild Award for Outstanding Performance by an Ensemble in a Comedy Series. The cast won the SAG in 2006 as well, and Longoria took home the Golden Globe for Best Performance by an Actress in a Television Series, Musical or Comedy and the ALMA for Person of the Year. She was also named one of People's 50 Most Beautiful in 2005 and #1 on Maxim’s annual Hot 100 list two years in a row.

All the attention Longoria was getting from Desperate Housewives led to movie roles as well, and she appeared in Harsh Times (2005, with Christian Bale), The Sentinel (2006, with Michael Douglas) and The Heartbreak Kid (2007, with Ben Stiller), among others.

By the time Desperate Housewives came to an end in 2012, Longoria was pulling down nearly $400,000 per episode, making her one of the top-paid TV stars in the world. She also was one of the busiest when not in front of the cameras, as she works on behalf of several charities. She became the national spokesperson for Padres Contra el Cancer, a nonprofit organization that helps Latino children with cancer and their families, and she founded Eva’s Heroes, an organization that offers enrichment opportunities for developmentally challenged young people. Additionally, she was named the international face of L'Oréal Paris, a spokesperson for Pepsi and the face of Bebe Sport.

Longoria also remained involved in television, taking on a greater role behind the camera. She served as an executive producer for the dating reality show Ready for Love, which survived for only a few weeks in 2013. But she had more luck with Lifetime Television's Devious Maids, which also launched that year and continued into 2016.

In late 2015, Longoria returned to series television with a starring role on the NBC sitcom Telenovela, but the show went off the air after only a few episodes.

In 2012 Longoria was chosen to co-chair President Barack Obama's re-election. Having a keen interest in immigration and encouraging Latinos in politics, she has spoken out against strict anti-immigration legislation and in 2014 founded the Latino Victory Project to help encourage voting and donations for candidates.

Longoria is also known for her support for the Coalition of Imokalee Workers and has executive-produced the worker-based agricultural documentaries The Harvest and Food Chains.

She started dating businessman José Antonio Bastón in 2013. The couple married on May 22, 2016, in Valle de Bravo, Mexico.

On June 19, 2018, the couple welcomed their first child, son Santiago Enrique Bastón. In late July, Longoria formally introduced the newcomer to the world via Instagram and a cover story on HOLA! USA.