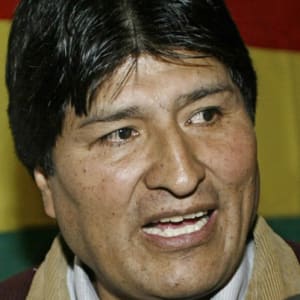 A member of the Aymara indigenous group, Evo Morales was Bolivia’s first Indian president, and founder of the Bolivian leftist Movement Toward Socialism.

Evo Morales was born October 26, 1959, in Isallavi, Bolivia. In the mid-1990s, when the Bolivian government was suppressing coca production with U.S. assistance, he helped found a national political party—the leftist Movement Toward Socialism. He won a seat in the House of Deputies (the lower house of the Bolivian legislature) in 1997 and was elected president of Bolivia in 2005.