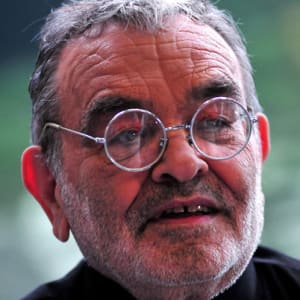 Fernando Arrabal is a Spanish French Absurdist playwright, novelist, and filmmaker whose early plays brought him to the attention of the French avant-garde.

Fernando Arrabal was born August 11, 1932, in Melilla, Spain. He turned to writing in the 1950s, and in 1955 began studying drama in Paris. His early plays, in particular Picnic on the Battlefield, brought him to the attention of the French avant-garde. After the mid 1960s his plays evolved into what he termed "Théâtre Panique" (Panic Theater). His dramatic and fictional world is often violent.