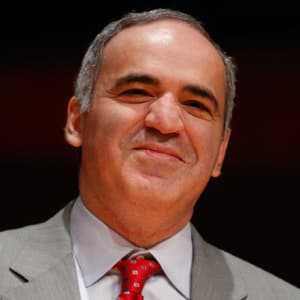 Gary Kasparov was born in Azerbaijan on April 13, 1963. He started playing chess at age 6. He was named the international grandmaster in 1980. He narrowly defeated Anatoly Karpov in 1985 making him the youngest official world chess champion. He formed the Professional Chess Association in 1993 and in 1996 defeated “Deep Blue,” an IBM chess computer. He retired from competition in 2005.