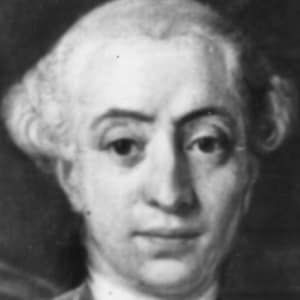 Giovanni Giacomo Casanova, an 18th Century figure, is known for his archetypal reputation as a seducer of women.

Giovanni Giacomo Casanova led a dissolute lifestyle, a free-spirited existence filled with random adventure and scandal, culminating in his lively autobiography, which established him as the epitome of the libertine and made his name synonymous with "womanizer" or "playboy."

A Life of Adventure

The son of Venetian actors, Giovanni Giacomo Casanova aimed to enter priesthood as a young man, studying at the Seminary of St. Cyprian in Padua. Not long after enrolling at the school, he was expelled for his bawdy behavior, so he returned to Venice, where he served a Roman Catholic cardinal in Rome—a post from which he was quickly fired amid scandal.

Casanova’s path then became yet more tortuous, as he served as a violinist, became a Mason and then traveled across Europe (Paris, Prague, Vienna, Dresden), returning to Venice to start a new career as a magician, alchemist and general occultist. Casanova’s luck ran out when he was accused and found guilty of witchcraft in 1755, and sentenced to serve 5 years in prison. In October of 1756, however, he managed to escape and fled to Paris. There, a sensationalized account of his exploits appeared as a pamphlet, and Casanova was instantly famous. Calling himself "Jacques Casanova, the Chevalier de Seingalt"—a name he later used to title his autobiography—his next scheme was launching and making a small killing in a lottery.

During this period, Casanova began traveling extensively, using his bottomless charm and gambling winnings to support himself financially. Those resources, however, didn’t last long. In an effort to escape his growing number of creditors, Casanova fleed from Paris in 1760, traveling as simply "Chevalier de Seingalt." He kept moving, from Germany to Switzerland, to southern France, Florence and Rome. He was finally allowed to return to Venice in the early 1770s, and acted as a spy for the Venetian inquisitors of state from 1774 to 1782.

From 1785 to 1798, Casanova lived in Bohemia, working as a librarian in the chateau of Dux. Nearly forgotten, he ensured his legacy would be remembered by writing an autobiography, later renamed Histoire de Ma Vie. Today, the book is highly acclaimed for its portrait of the Enlightenment society in continental Europe, but less renowned for its biographical accuracy. The book was a vivid look at Casanova’s encounters with luminaries of his time, including Pope Clement XIII, Voltaire, Rousseau and Mozart, and detailed Casanova’s seemingly endless romantic exploits.

It is for these exploits that Casanova is chiefly remembered, and his name has since been synonymous with "playboy" and "womanizer."