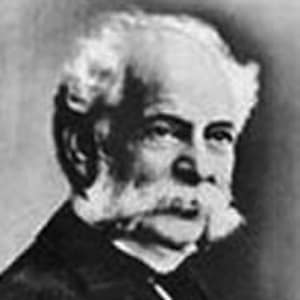 Operating in the late 19th and early 20th centuries, businessman H.J. Heinz used his reputation for quality to make his food manufacturing company a success.

Born in Pittsburgh, Pennsylvania, on October 11, 1844, H.J. Heinz first demonstrated his business acumen as a child, selling vegetables and then bottled horseradish. In 1876, the business that would become the H.J. Heinz Company was founded. Known for his well-made products, Heinz condiments and pickles would end up being sold around the world. Heinz died in Pittsburgh on May 14, 1919, at age 74.

The son of German immigrants, Henry John Heinz was born on October 11, 1844, in Pittsburgh, Pennsylvania. In 1850, his family moved to nearby Sharpsburg. There, he went into business selling vegetables from his family's garden, building a client list that included grocers in Pittsburgh.

As a teenager, Heinz also sold prepared horseradish. Other sellers usually offered the condiment in dark glass bottles, which made it hard to see the product. Heinz stood out by using clear glass containers, thus permitting customers to see the quality of his horseradish for themselves.

In 1869, H.J. Heinz formed a partnership to sell bottled horseradish. After doing well for several years—and branching out to offer pickles, vinegar and other items—the repercussions of a financial panic made it hard for the company to meet its obligations. The business failed in 1875, forcing Heinz to declare bankruptcy.

Despite this setback, Heinz—who had developed a reputation for quality products—was ready to try again. His financial troubles meant that he could not start another business himself, but, in 1876, he became the manager of F & J Heinz (a company formed by his cousin, Frederick, and brother, John). That same year, ketchup was added to the product line. In 1888, having discharged his bankruptcy obligations, Heinz took control of the business, which became the H.J. Heinz Company.

Disappointed by the lack of customers at his second-floor booth at the 1893 Chicago World's Fair, Heinz began offering a free pickle charm. Support beams had to be added to keep the floor from sagging under the weight of visitors. In 1896, Heinz came up with the slogan "57 Varieties"—the company had more than 57 products at the time, but he liked the number 57—and began to use it in advertisements.

By offering factory tours, Heinz was able to show the safety and cleanliness of his manufacturing process (the tours also allowed visitors to try his products). His considerate treatment of employees was also notable for the time; in addition to comfortable working conditions, he directed managers to listen to workers' concerns. During his time at the company, Heinz's workers never went on strike.

Although many food manufacturers opposed 1906's Pure Food and Drug Act, Heinz was a proponent of the measure. His advocacy for its passage helped increase sales, as customers felt they were able to trust the safety of Heinz's manufactured foods. In 1905, the company was incorporated and Heinz became its president—a position that he would hold for the rest of his life.

Heinz married Sarah (Sallie) Sloan Young in 1869. They had five children together before her death in 1894. At the age of 74, Heinz died of pneumonia on May 14, 1919, at home in Pittsburgh. He left behind a business with more than 6,500 employees, 25 factories and products that were distributed in countries around the world.