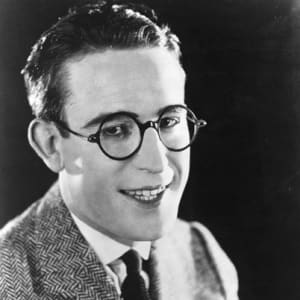 Born in Burchard, Nebraska, on April 20, 1893, comedian Harold Lloyd became an icon of the silent film era by starring in Just Nuts, Girl Shy and The Freshman, among other notable films. Lloyd's popularity continued after the coming of sound, with movies including Mad Wednesday. He died on March 8, 1971, in Beverly Hills, California.