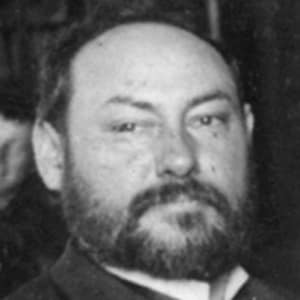 Harvey Washington Wiley was an American chemist known as the “Father of the FDA.” Throughout much of his career, Wiley campaigned for reforms in food manufacturing and in food labeling.

Born in Kent, Indiana, on October 18, 1844, Harvey Washington Wiley was a pioneering activist in the field of food safety. Known as the "Father of the FDA," Wiley campaigned for reforms in food manufacturing and in food labeling throughout much of his career. He became chief chemist at the U.S. Department of Agriculture in 1883 and began his legendary "poison squad" investigations in 1902. In 1912, Wiley became Good Housekeeping magazine's food bureau director. He died in 1930 in Washington, D.C.

Born on October 18, 1844, in Kent, Indiana, chemist Harvey Washington Wiley served as a pioneering activist in the field of food safety. A bright student at his local school, he went on to attend Hanover College in Indiana. After the Civil War broke out, however, Wiley took a break from his studies to fight for the Union Army. He returned to school after the war's end and completed his degree in 1867.

Wiley continued his education at the Indiana Medical College. In 1871, he finished his medical degree and stayed on at the school to teach chemistry, and later joined the faculty of Purdue University as a chemistry professor. While at Purdue, he took on the added responsibility of serving as a chemist for the state of Indiana. In 1878, Wiley made a surprising discovery while examining what he thought was pure honey. He learned that some honey sold to consumers was mostly made of glucose.

In 1883, Wiley took the position of chief chemist at the U.S. Department of Agriculture. He began his legendary "poison squad" investigations in 1902. In this project, Wiley had human volunteers—collectively nicknamed the "poison squad"—ingest different food additives to test their impact on health. He then used some of the data that he collected to campaign for a federal law to regulate food additives and food labels.

Wiley's work led to the passage of the Pure Food and Drug Act of 1906, which was put into place the following year. This act brought the power of the federal government behind the fight for safer foods and drugs. Prior to the creation of this legislation, it was up to states and towns to watch over what could be used in the foods and medicines sold their communities. In 1907, Wiley published Foods and Their Adulteration, which included information on how to detect questionable food additives, including artificial coloring and saccharin, and provided extensive information on different food types, from fish to milk to baby products.

During the presidencies of both Theodore Roosevelt and William Howard Taft, Wiley headed what would later be known as the Food and Drug Administration. In 1911, he launched a lawsuit against soda maker Coca-Cola; correctly believing that caffeine could be "habit-forming," Wiley wanted the company to properly identify the contents of their beverage, warning consumers that it contained caffeine. Though he lost his case, Wiley helped pave the way for better label and marketing practices.

Over the years, Wiley continued to challenge food and drug companies to make better and safer products, and took his responsibility for enforcing the Pure Food and Drug Act extremely seriously. In the process, he found himself tangling with both government officials and industry leaders over the act. The frustrated champion for food reform resigned his post in 1912.

After leaving the government's employ, Harvey Wiley continued his efforts to help consumers. He went to work for Good Housekeeping magazine in 1912, becoming director of its food bureau. Three years later, he published Not By Bread Alone, in which he offered readers insights on nutrition.

Reflecting on the influential act that he helped pass, Wiley penned History of a Crime Against the Food Law, published in 1929, which provided readers with a look through his investigations and struggles to bring safer products to market. History of a Crime work proved to be one of his final acts of food advocacy.

Harvey Washington Wiley died on June 30, 1930, at the age of 86, at his home in Washington, D.C. He is buried at Arlington Cemetery.