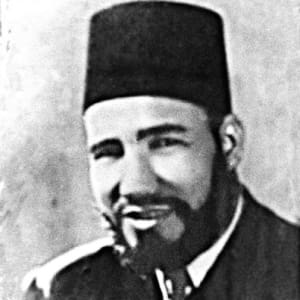 Egyptian Hassan al-Banna was the founder the Muslim Brotherhood, with goals of expelling the British from Egypt and re-establishing the Caliphate.