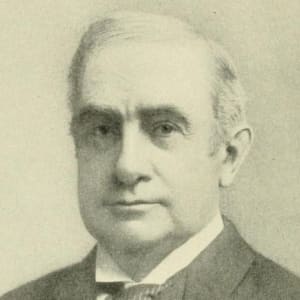 Henry Billings Brown was born in South Lee, Massachusetts, on March 2, 1836. Brown held several judicial appointments before his nomination to the United States Supreme Court in 1890. He wrote the majority opinion in the landmark 1896 case Plessy v. Ferguson, which legitimized state-sponsored segregation. Brown died in Bronxville, New York, on September 4, 1913.

Henry Billings Brown was born in South Lee, Massachusetts, on March 2, 1836. He was raised by Puritan parents who, though without much formal education themselves, emphasized the importance of education in their son's life.

Brown attended Yale College, graduating in 1856. He studied law in Ellington, Connecticut, before pursuing his formal legal training at further studies at the Yale and Harvard law schools. In 1859, at the age of 23, Brown moved to Detroit and received admission to the Michigan bar. Establishing an independent practice, he developed a specialty in maritime law.

Brown was almost immediately appointed to the first in a series of public positions. In the first year of his private practice, Brown was appointed to the post of Deputy United States Marshal for the city of Detroit. Three years later, he graduated to the role of Assistant United States Attorney for the Eastern District of Michigan. Brown also held an interim appointment as Circuit Judge for Wayne County in 1868. In 1875, President Ulysses S. Grant appointed Brown to the United States District Court for Eastern Michigan. He served on this bench for 14 years.

President Benjamin Harrison nominated Brown to the Supreme Court of the United States on December 23, 1890. The Senate confirmed Brown's nomination a week later. The author of many decisions, Brown is remembered for authoring the majority opinion in the landmark civil rights case Plessy v. Ferguson in 1896. In his opinion, Brown argued that the recognition of racial difference did not necessarily violate Constitutional principle. As long as equal facilities and services were available to all citizens, the "commingling of the two races" need not be enforced. Brown's defense of "separate but equal" institutions legitimized the Jim Crow system in the American South, which segregated schools, restaurants, and neighborhoods according to race. The Civil Rights Movement of the 1950s and 1960s led to the piecemeal dismantling of Jim Crow. The Supreme Court overturned Plessy in the 1954 Brown v. Board of Education decision, which rendered state-sponsored segregation indefensible on constitutional grounds.