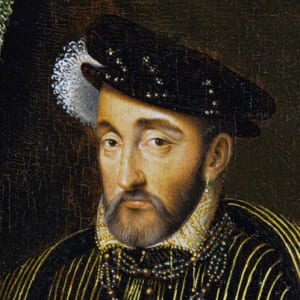 Henry II was the king of France during the mid-16th century.

Born on March 31, 1519, in Saint-Germain-en-Laye, France, Henry II was held as a prisoner of Spain during his childhood. He wed Catherine de' Medici before being crowned king in 1547. Henry was a barbaric persecutor of Protestantism and oversaw internal changes concerning monarchal administration. He died on July 10, 1559, as the result of injuries from a joust honoring the Peace of Cateau-Cambrésis.