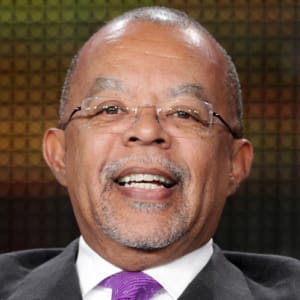 Professor Henry Louis Gates, Jr. is one of the premier U.S. scholars of African-American literature and African Diasporic studies in general.

Born on September 16, 1950, in Keyser, West Virginia, Henry Louis Gates, Jr. travelled and studied internationally before becoming the head of Harvard's African-American studies department. He is an acclaimed author and critic who has unearthed an array of literary gems; he has also hosted PBS programs such as Wonders of the African World (1999), Finding Your Roots (2012) and Black in Latin America (2011).

Professor and educator Henry Louis "Skip" Gates Jr. was born on September 16, 1950, in Keyser, West Virginia. Gates excelled as a student, graduating from Yale University in 1973 with a degree in history. He continued his education at Clare College, which is part of the University of Cambridge in England. He finished his doctorate degree in 1979, making him the first African-American to receive a Ph.D. from the university.

In the 1980s, Gates became known as a leading scholar of African-American literature, history, and culture. He built his reputation in part on his talents as a researcher. At the start of the decade, he began working on the Black Periodical Literature Project, which uncovered lost literary works published in 1800s. Gates received a grant from the prestigious MacArthur Foundation in 1981, which helped support his scholarship in African-American literature. He had rediscovered what is believed to be the first novel published by an African-American in the United States. Gates republished the 1859 work by Harriet E. Wilson, entitled Our Nig, in 1983.

Gates served an editor on several anthologies and collections of African-American literature and contributed to the field of literary theory with such works as Black Literature and Literary Theory (1984) and The Signifying Monkey: Towards a Theory of Afro-American Literary Criticism (1988). In 1991, Gates became the head of the African-American studies department at Harvard University. He is credited with transforming the school's African American studies program. Gates is now the director of the W.E.B. Du Bois Institute for African and African-American Research at the university.

More recently, Gates has been involved in a number of interesting educational projects for television. He wrote and produced several documentaries: Wonders of the African World (2000), America Beyond the Color Line (2004) and African American Lives (2006). Gates has plans for more documentaries, including a documentary special on the heritage of talk show host Oprah Winfrey and a sequel to African American Lives.

Gates has also earned numerous honors. In addition to his MacArthur Fellowship, he was chosen by the National Endowment for the Humanities to give the Jefferson Lecture, inducted into the Sons of the American Revolution in 2006 and named one of TIME magazine's "25 Most Influential Americans" list in 2007. He also has more than 50 honorary degrees.

Gates returned to the public eye in July 2009, when a police officer responded to a call reporting a break-in at the Gates home Cambridge, Massachusetts. In reality, Gates and his African-American driver were attempting to get into the house after having trouble with the door. Reports conflict on the what happened next: some say that the officer refused to identify himself after Gates asked for his name and badge number, while others say that Gates refused to answer the officer's questions and became disorderly after he belived the policer officer was guilty of racism. In the aftermath of this incident, President Barack Obama said he believed the police had "acted stupidly." The comment opened the president to public criticism on the issue.

Gates has been married to Sharon Lynn Adams since 1979. Gates and his wife have two daughters, Maude and Elizabeth.