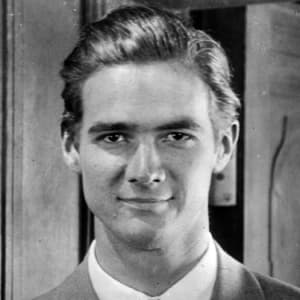 Howard Hughes produced and directed movies in the ’30s. He had a playboy lifestyle and love of aviation. After a plane accident in 1946, he became reclusive.

Howard Hughes, an aviator and film director, was born on December 24, 1905, in Houston, Texas. He inherited his family's successful oil tool business and began investing in films. He produced several films, including the hit Hell's Angels.

Howard Robard Hughes Jr., born on December 24, 1905, in Houston, is largely known for being one of the wealthiest men and one of the most famous recluses, but Hughes had many professional accomplishments before withdrawing from public life.

Son of a successful oil-drill tool manufacturer, he inherited the family business in 1923 at the age of 18. He used some of his fortune to finance films, beginning in 1926. He produced several movies, including the World War I epic Hell's Angels (1930), which featured expensive aerial fight sequences and a then-unknown actress named Jean Harlow. Some of his other significant films were Scarface (1932) and The Outlaw (1941). During his days in Hollywood, Hughes developed a reputation for being a playboy, dating such actresses as Katharine Hepburn, Ava Gardner and Ginger Rogers.

Hughes developed a passion for flying and founded his own aircraft company in the early 1930s. Besides designing and building planes, he risked his own life several times testing planes and setting world air-speed records in the mid- to late 1930s. He is credited with many aviation innovations, such as the first retractable landing gear, and is also remembered for the H-4 Hercules, which the press nicknamed the Spruce Goose. For years, Hughes labored on this massive wooden seaplane, which was intended to transport troops and materials across the Atlantic Ocean during World War II. Completed in 1947, it was flown only once and never went into production, however, Hughes maintained the H-4 in a climate-controlled hangar until his death in 1976. It is currently housed in the Evergreen Aviation Museum in McMinnville, Oregon.

After a terrible plane crash in 1946, Hughes began to retreat from the world. He bought part of RKO Pictures in 1948, but he never visited the studio. In the 1960s, he lived on the top floor of the Desert Inn in Las Vegas, Nevada, and conducted all of his business from his hotel suite. Few people ever saw him, which led to much public speculation and rumors about his activities. It was thought that he suffered from obsessive-compulsive disorder and had a drug problem. Hughes eventually left Las Vegas and began living abroad. In 1972 an allegedly authorized biography of famed recluse was announced, but it turned out to be a scam. The author, Clifford Irving, was later imprisoned for fraud.

Hughes died on April 5, 1976. After his death, numerous fake versions of his will surfaced, leading to a battle over his fortune. In 2004, Hughes' life returned to the spotlight with the feature film The Aviator, which depicted his early days. Leonardo DiCaprio played the billionaire as a dashing, troubled young man. He was nominated for an Academy Award for his portrayal of Hughes.