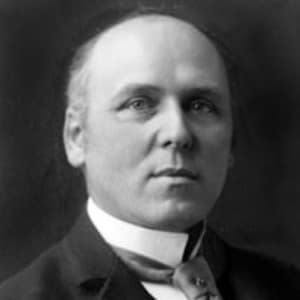 Howard Pyle was an American illustrator, author and teacher who produced dozens of classic illustrated volumes, including fables, fairy tales and adventure stories.

Howard Pyle was born on March 5, 1853, in Wilmington, Delaware. After studying art, he moved to New York City to work as a magazine illustrator. Returning to Wilmington in 1880, Pyle took on other aspects of book design, creating classic illustrated works like The Merry Adventures of Robin Hood. Pyle later taught illustration and founded the Brandywine School of Art, whose attendees included artists N. C. Wyeth and Maxfield Parrish. Pyle died in 1911.

Illustrator, author and teacher Howard Pyle was born on March 5, 1853, in Wilmington, Delaware. Sometimes called the Father of American Illustration, Howard Pyle wrote and illustrated dozens of books, largely fairy tales, fables and other stories. As a child, he read many adventure stories and tall tales, such as Grimm's Fairy Tales. Instead of going to college, Pyle studied art in Philadelphia for three years.

Some of his early works were illustrations and stories for magazines and other periodicals. He moved to New York City in 1876 and struggled to make ends meet until he sold an illustrated article to Harper's Weekly. After returning to Wilmington in 1880, he began working on some of his most memorable books. One such project, The Merry Adventures of Robin Hood (1883), proved especially popular. Nearly every inch of the book was created by Pyle; the stories, the illustrations and the type of lettering used. He went on to illustrate dozens of other works, his own stories as well as those by other writers.

Pyle was also a gifted instructor. After working teaching illustration at Drexel Institute of Art from 1894 to 1900, Pyle started his own art and illustration school, which became known as the Brandywine School. Some of his most notable students included N. C. Wyeth and Maxfield Parrish.

Howard Pyle died on November 9, 1911, in Florence, Italy. He was married to Anne Poole, and the couple had seven children together.