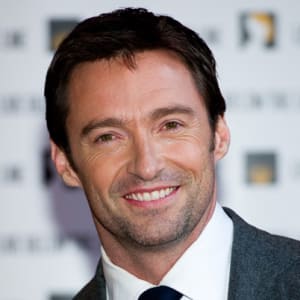 Australian actor and producer Hugh Jackman is best known for playing Wolverine in the ‘X-Men’ film franchise. He’s also known for starring roles in features like ‘The Prestige’ and ‘Les Misérables,’ as well as his stage work.

Who Is Hugh Jackman?

Born in Australia in 1968, actor Hugh Jackman first earned widespread attention by portraying the mutant Wolverine in the superhero blockbuster X-Men (2000). In addition to reprising the role though numerous prequels, sequels and spinoffs, Jackman has starred in such films as The Prestige (2006) and The Greatest Showman (2017), and garnered an Oscar nomination for his contributions to the big screen adaptation of Les Misérables (2012). The Australian actor has also earned acclaim for his stage work, winning a Tony Award in 2004 for his performance in The Boy from Oz.

To mainstream audiences, Hugh Jackman is perhaps best known as the claw-wielding mutant Wolverine, a role first portrayed in the comic book turned big screen hit X-Men (2000). The film ushered in a new wave of superhero blockbusters, with Jackman and co-stars Patrick Stewart, Ian McKellen and the rest returning for X2 (2003) and X-Men: The Last Stand (2006).

Jackman earned a spinoff with X-Men Origins: Wolverine (2009), and gamely continued with the role through other spinoffs and prequels like X-Men: First Class (2011) and The Wolverine (2013), with younger stars Jennifer Lawrence and James McAvoy becoming regulars in the series.

Jackson made his last appearance as Wolverine in the 2017 hit Logan, his ninth movie in the franchise. “I know this doesn’t sound right coming from an Australian, but at some point, you’ve got to leave the party,” he joked in an interview with Entertainment Weekly. “It’s time to go home.”

In 2012, Jackman helped bring one of the most famous musicals of all time to the big screen: He starred in Les Misérables with Anne Hathaway, Amanda Seyfried and Russell Crowe. In the film, Jackman plays Jean Valjean, a former prisoner who tries to hold on to the new life he has built for himself. Crowe portrays the relentless police officer on his trail.

In January 2013, Jackman received a Golden Globe Award for Best Actor in a Musical or Comedy for his Les Misérables performance. He also earned his first Academy Award nomination, but lost the Best Actor Oscar to Daniel Day-Lewis, for his role in Lincoln.

Despite his growing career in Hollywood, Jackman remained true to his stage roots. In 2004, he won a Tony Award for his lead role in Broadway's The Boy from Oz, about flamboyant Australian musician Peter Allen. The following year, he won an Emmy Award for his turn as host of the 2004 Tonys.

Despite his contributions as executive producer and supporting actor, Jackman's attempt to deliver a small-screen musical with Viva Laughlin lasted just two episodes on CBS before being canceled in 2007. He fared far better in a successful return to Broadway in 2009, playing a Chicago cop alongside Daniel Craig in A Steady Rain.

Jackman also had the distinction of serving as host of the Academy Awards in 2009, and returned to host the Tonys for a fourth time in 2014.

Hugh Michael Jackman was born on October 12, 1968, in Sydney, Australia. The youngest of five children, Jackman was 8 when his mother left the family, and he and his siblings were largely raised by their father. He attended the exclusive Knox Grammar School and later graduated from the University of Technology, Sydney.

Jackman launched his professional acting career through stage productions, appearing in several Melbourne musicals. He soon entered the international scene, earning critical praise for his portrayals of Curly in Oklahoma! in London and Billy Bigelow in Carousel in New York City.

Working with director Woody Allen, Jackman starred in the mystery Scoop (2006), with Scarlett Johansson. He then matched up against Christian Bale in the historical drama The Prestige (2006), about two rival magicians in Victorian-era England. Also in 2006, Jackman portrayed three different characters in The Fountain, and lent his voice to two animated feature films: Flushed Away and Happy Feet.

In 2008, Jackman's highly anticipated work with fellow Australians Nicole Kidman and Baz Luhrmann was released. Australia tells the story of an English woman (Kidman) who travels to the Outback to find her husband, and ends up fighting for the land she inherited after his death. She is helped by a local man, played by Jackman, and the two become an unlikely romantic couple. Despite its epic scope, the film received mixed reviews and was a box office disappointment. Similarly, that year's Deception failed to make much of an impression on the movie-going public, earning only $4.6 million at the box office.

In 2011, Jackman played a father who forges a better relationship with his son by training a fighting robot in Real Steel, and also appeared in the comedy Butter. After the immense success of Les Mis, Jackman took on a lighter role in the comedy Movie 43 (2013). The film boasted numerous big-name actors, including Halle Berry, Kate Winslet, Richard Gere and Gerard Butler, but was highly criticized and performed worse than expected at the box office.

In 2015, Jackman stepped into the role of the villain, playing the pirate Blackbeard in the Peter Pan-inspired fantasy Pan. The following year, he starred as ski coach Bronson Peary in the biopic Eddie the Eagle, about Olympic ski jumper Michael “Eddie” Edwards.

Jackman next took on the role of famed promoter and Barnum & Bailey Circus founder P.T. Barnum for the 2017 film The Greatest Showman. Along with earning a Golden Globe nomination for his performance, Jackman's contributions to one of the flick's featured songs, "The Greatest Show," landed him on the Billboard Hot 100 for the first time.

On December 13, 2012, Jackman was awarded a star on the Hollywood Walk of Fame. Showing his self-deprecating wit, the actor stated, "I believe this is the 2,487th star on the Walk of Fame. However, apart from Lassie, I'm the only one who's gotten it for playing the same character in 15 movies."

Married since 1996, Jackman and his wife, actress Deborra-Lee Furness, live in Melbourne, Australia, with their two adopted children, Oscar Maximillian and Ava Eliot. They met while making the Australian television series Correlli (1995).

Jackman has been treated for basal cell carcinoma, the most common form of skin cancer, and has advocated for prevention and screenings on his social media networks.