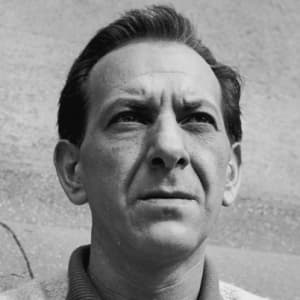 Jack Klugman is an American actor best known for his role as Oscar Madison in the Broadway play The Odd Couple and the TV series of the same name.

Actor Jack Klugman was born on April 27, 1922, in Philadelphia, Pennsylvania. An accomplished film, stage and television actor, he appeared in the Academy Award-nominated film 12 Angry Men (1957). His personal accolades include a Tony Award nomination for the musical Gypsy (1960) and an Emmy Award for his TV role on The Defenders (1964). Klugman's most renowned role was as Oscar Madison in the original Broadway play of The Odd Couple (1965). He played the role of Oscar in the TV version of The Odd Couple (1970), which earned him Emmy Awards in 1971 and 1973. He also starred as the tough L.A. coroner in Quincy M.E. (1975). Jack Klugman died on December 24, 2012, at the age of 90, in Woodland Hills, California.

Jack Klugman was born Jacob Joachim Klugman on April 27, 1922, in Philadelphia, Pennsylvania. Perhaps best known for his starring television roles of the 1970s and '80s, Klugman is also an accomplished film and stage actor. The son of a house painter and a hat maker, he grew up poor in Philadelphia. After studying drama at Carnegie Mellon University, he went to New York City to pursue an acting career.

Klugman made his Broadway debut in Clifford Odets's Golden Boy in 1952. He also found work on such television shows as Actor's Studio and The Philco Television Playhouse. On the big screen, he appeared in Grubstake (1952), Time Table (1956) and 12 Angry Men (1957) alongside Henry Fonda, E.G. Marshall and Ed Begley. Directed by Sidney Lumet, 12 Angry Men provides an inside look at the members of a jury during a murder trial. The film won three Academy Award nominations, including one for best motion picture.

Soon Klugman was earning accolades himself. He received a Tony Award nomination for his role in the musical Gypsy with Ethel Merman in 1960 and won an Emmy Award for his appearance on the series The Defenders in 1964.

Klugman had his first encounter with his most famous character in 1965: He briefly took over the role of Oscar Madison from Walter Matthau in the original Broadway production of The Odd Couple. The comedy, written by Neil Simon, focused on the relationship between two divorced men who become roommates—the neat and orderly Felix Unger and the grumpy, slovenly Madison.

Reprising his role for television, Klugman co-starred with Tony Randall as Unger on The Odd Couple, which debuted in 1970. The show was a big hit, with audiences tuning in to see the humorous friendship and frequent conflicts between the two opposing personalities as they shared an apartment. While their characters may have had their differences, the two actors had a strong friendship. Both Klugman and Randall were nominated five times for Emmy Awards for their work on the show. Klugman won in 1971 and 1973, and Randall took home the prize in 1975.

Near the end of The Odd Couple, Klugman faced a personal health crisis. After years of smoking, he was diagnosed with cancer of the larynx in 1974. He had surgery and treatment and was able to continue with the show. The Odd Couple ended in 1975.

Hardly skipping a beat, Klugman moved on to another hit show—this time a drama. He starred as a medical examiner in the Los Angeles County Coroner's Office on Quincy, M.E. Seen by some as a precursor to such popular forensic science shows as CSI, the show explored many seemingly natural deaths that turned out to be murders. Quincy served as both detective and pathologist, leaving the lab to seek out the truth and solve the case.

After the show ended in 1983, Klugman made some television guest appearances and took on some stage roles, including a run on Broadway in I'm Not Rappaport. In 1989, however, Klugman had a second bout of cancer. He had continued to smoke since his earlier treatment for the disease. This time, surgeons had to remove part of his vocal cords along with the cancer on his larynx. This left the actor unable to speak for some time, and he had to undergo chemotherapy as well. It took a long and intensive treatment before Klugman regained his ability to talk, and his voice has remained permanently altered.

Despite his struggle, Klugman returned to acting. In 1993, he reteamed with old friend Tony Randall for the TV movie The Odd Couple: Together Again. The pair also appeared on Broadway together in 1997, in a revival of the Neil Simon comedy The Sunshine Boys. He has appeared in several feature films, including Dear God (1996) and When Do We Eat? (2005), and on such shows as Third Watch, Crossing Jordan and Presidio Med.

In his later years, Klugman became an author, writing about one of the most pivotal relationships of his career. In Tony and Me (2007), he explored the details of their friendship, which spanned five decades. In 2008, at the age of 85, Klugman married his longtime girlfriend, Peggy Crosby.

Jack Klugman died on December 24, 2012, at the age of 90, in Woodland Hills, California. He was survived by three children from his marriage to actress and comedian Brett Somers: Adam, David and Leslie. (The couple went their separate ways in the 1970s; Somers died in September 2007.)