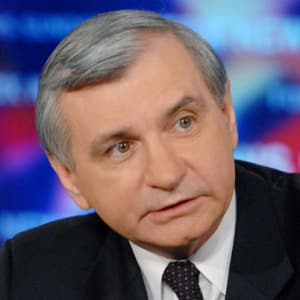 Rhode Island’s Jack Reed is an attorney and military veteran who’s served in Congress on the Democratic ticket.

Born on November 12, 1949, in Providence, Rhode Island, Jack Reed served in the U.S. Army and studied law at Harvard before entering politics, winning election to his state legislature and then a seat in the U.S. House of Representatives with the Democratic Party. By the mid-1990s, Reed had gained a seat in the Senate, and won by landslides in the 2002 and 2008 elections. He is known for having voted against the Iraq War authorization.

Longtime U.S. Congressman Jack Reed was born John Francis Reed on November 12, 1949, in Providence, Rhode Island, and raised in nearby Cranston. His father, Joe, was a World War II veteran and a school janitor who worked his way up to become custodial supervisor of Cranston's school system. His mother, Mary, was a homemaker.

Reed graduated from the private LaSalle Academy in Providence and earned an appointment to the United States Military Academy at West Point, where he received a Bachelor of Science degree. Upon his graduation from West Point in 1971, Reed earned a degree from the John F. Kennedy School of Government.

Reed also spent eight years in active duty military service as a U.S. Army Ranger and a paratrooper. He served in the 82nd Airborne Division as an infantry platoon leader and in the 325th Infantry Regiment as a company commander, later serving as a battalion staff officer. He returned to West Point in 1978, taking a role as an associate professor in the academy's Department of Social Sciences.

Resigning from the Army as a captain in 1979, Reed enrolled at Harvard Law School. He graduated from Harvard in 1982, afterward serving a year as an associate with the Washington, D.C., law firm of Sutherland Asbill & Brennan LLP. In 1983, Reed returned to Rhode Island and joined the Providence law firm of Edwards and Angell.

In 1984, Jack Reed was elected to the Rhode Island State Senate, serving for three terms. In 1990, he won a seat in the U.S. House of Representatives, where he also saw a three-term tenure.

In 1996, Reed won a seat in the U.S. Senate. He was re-elected with 78 percent of the vote in 2002—the same year that he voted against the authorization of the Iraq War. He again won by a landslide in the 2008 election.