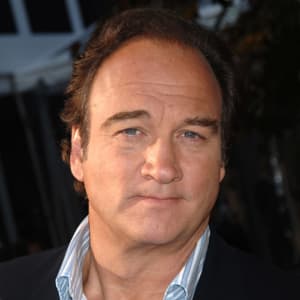 Jim Belushi, younger brother of the late John Belushi, starred on his own TV sitcom, ‘According to Jim,’ as well as in several theater and film productions.

Actor, comedian and musician James Belushi was born on June 15, 1954, in Chicago. In 1983, he joined the Saturday Night Live cast. In 1986, his supporting role in the movie About Last Night propelled him to national fame. Belushi starred on his own TV sitcom, According to Jim, from 2001 to 2009. He continues to act on stage, as well as on TV and in films. He also sings with a blues band, the Sacred Hearts.

Entertainer James Belushi, nicknamed Jim, was born on June 15, 1954, in Chicago, but was raised about 25 miles west, in the outlying suburb of Wheaton, Illinois. His father, Adam, was an Albanian immigrant, and his mother, Agnes, was the daughter of Albanian immigrants. Jim was the third of four children. His older brother, John Belushi, who also grew up to be a renowned comedic entertainer, died of a tragic drug overdose in 1982.

Jim's parents were often too busy to keep him out of trouble. As a rebellious teen, he had his share of run-ins with local law officers. His mischievous acts ranged from stealing gas to driving while underage.

At Wheaton Central High School, one of Jim's teachers redirected the teen's energy by encouraging him to audition for the school play. Jim enjoyed the experience of entertaining so much that he decided to sign up for the school's drama club and choir. In recent years, however, the comedian jokingly offered another explanation of why he joined: "Because of girls. In the drama club, there were about 20 girls and six guys. And the same thing with choir … more girls!"

In 1977, after graduating from college, Belushi joined the Second City comedy troupe. The troupe, which had also trained older brother John, proved to be a major launching pad for Jim's show business career. In 1978, producer Gary Marshall saw one of Jim's Second City performances and hired him for his first TV role—a part on the NBC sitcom Who's Watching the Kids? A year later, he landed a part on a second, short-lived sitcom, the CBS show Working Stiffs.

In 1979, Jim starred in the play Sexual Perversity in Chicago, performed at the Apollo Theater in New York City. After taking a second theater role in 1980, he scored his first film part, in Thief (1981).

In 1983, still reeling from his brother's fatal drug overdose the prior year, Jim followed in John's footsteps and joined the cast of Saturday Night Live. Audiences roared with laughter at Jim's impersonations of popular celebrities like Hulk Hogan and Arnold Schwarzenegger. Jim's popularity on SNL led to additional small roles in films, and his scene-stealing supporting role in the 1986 movie About Last Night propelled him to national fame.

The rest of the 1980s and the early 1990s brought Jim a torrent of roles in such high-profile films as Jumpin' Jack Flash (1986), K-9 (1989) and Curly Sue (1991). Belushi followed these successes with a string of less critically noted TV and film performances, including two sequels to K-9, which went directly to video.

Jim Belushi re-entered the spotlight in October 2001, starring as a suburban father in his own popular prime-time TV sitcom, According to Jim. The show aired for eight seasons, ending in June 2009, and has been internationally syndicated.

In 2011, Jim played a corrupt businessman in the Broadway play Born Yesterday. The following year, he formed a traveling improv group called Jim Belushi and the Board of Comedy. A longtime musician, he also frequently performs with his blues band, the Sacred Hearts.

Jim has two children with wife Jennifer, a daughter named Jamison and a son named Jared. Another son, Robert, from an earlier marriage to Sandra Davenport, has also become an actor.

The entertainer owns homes in the Brentwood section of Los Angeles, as well as on Martha's Vineyard in Massachusetts. He also built a vacation cabin by the Rogue River in Oregon, his efforts captured by the DIY Network and aired in a six-part series called "Building Belushi" in 2015.